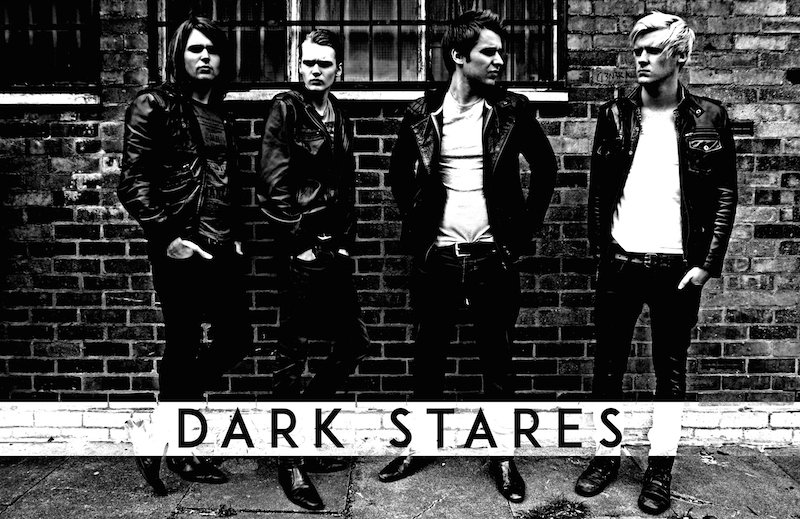 RYL: we love your song “Hypnotize”, do you remember the day you wrote it?

DARK STARES: Thank you! Yes, sort of. Or more like, remember the day we combined the chorus (which was just one chord with that melody) with a one-off verse and bridge which just seemed to flow nicely there as a destination.

RYL: Your last album is titled “Soul Contract”…. What did you achieve with its release? Which was the main issue you encountered while recording?

DARK STARES: We’re still in the middle of experiencing the response to ‘Soul Contract’ so it’s difficult to say, but the reviews, reactions and downloads we’re getting are very encouraging – it’s definitely our best release yet.

DARK STARES: Not especially from our perspective, but they’re usually taken with a pinch of real-life plus creative license. We also have multiple writers in the band and a collaborative mind-set so that hopefully keeps it interesting.

RYL: Which is your favorite verse of the album?

DARK STARES: You’ll live you’ll learn the ordinary way reveals the change but it wasn’t what you stayed for // It comes and goes you feel it slip away it ebbs and flows and it’s never been the same

DARK STARES: Usually they fall in organically over time as the melody and structure evolve.

RYL: Do you remember the day you wrote “Ordinary Way”?

DARK STARES: Yes, that was drawing on certain types of emotion in a cathartic way and the result kind of creates a departure on ‘Soul Contract’, in the middle of the record.

RYL: what inspired the lyrics of “Liquid Reign”? is there a specific message you want to communicate with it?

DARK STARES: The naivety and light arrogance of youth. The music kind of supports that nonchalantly as well.

RYL: When you will release a new album?

DARK STARES: Hopefully towards the end of this year if not sooner.

DARK STARES: A song about a milkshake. Seriously.

RYL: Let’s go back to a fan’s favorite “Bad Machine ? Which is the verse that most represent this song?

DARK STARES: I want it I need it I got it believe it // I see her her fire two feelings in spirals // I want in I want out just wanted to feel proud // A change of a season or something to believe in