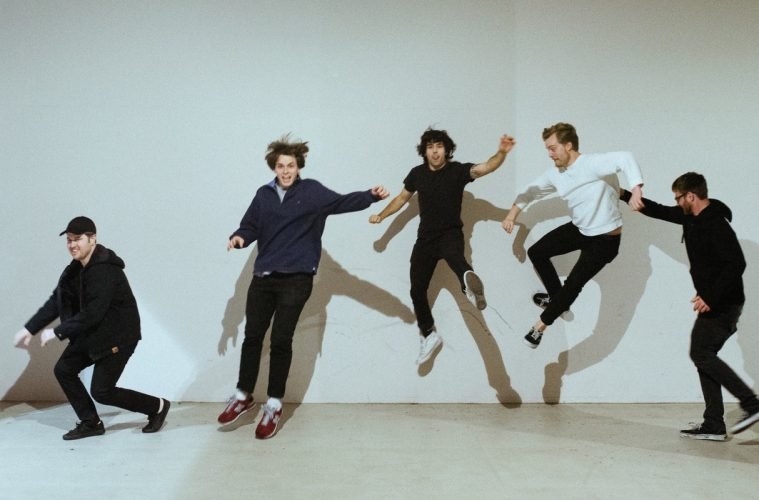 How do you usually write the lyrics of your songs?
Sounds cliche’, but they really do just come to me. My subconscious mind forms a melody that begins with gibberish, but the gibberish is laced with some key words and the more I rep it out, words start falling into place. I don’t really sit down and go, “Okay, I’m going to write about this.” Although that is an exercise I force myself to do to improve my writing, that really only sharpens my subconscious mind I believe.

In your opinion, what is the most important thing in songwriting?
The marriage of a great poem with great music. That’s how you get songs stuck in your head, and that’s why you feel like you can relate to songs easily, or even finish the line before you know what the line will say.

Are you ever scared of revealing aspects of your personal life/experience to strangers through your music?
Yep. I have actually fought with my band mates about a song that I brought to them. We jammed it, recorded a demo, and I decided after that work we put in that I didn’t want anyone to hear that song – like I didn’t realize it until then but that song and those words were just for me. The band was pushing and pushing, “Bro, people HAVE to hear this song. It’s TOO GOOD. They HAVE TO HEAR IT”.

My response was that no one needs to hear shit haha. In a world where people say, do, and post crazy and stupid content to get eyes on their stuff, I can see how releasing a song with a lot of substance would be a good thing for the band, but what am I? A circus monkey? I’m a human being. Just because I’m very open about myself and my life in my writing, doesn’t mean I need to lay out everything for everyone to see, every time. Some things are personal. Some songs I have, no one will ever hear them, but I’ll sing them around the house to myself and maybe i’ll bust one out occasionally at a show, but only because they make ME feel good to sing.

Everything I do in music, I do for myself. I don’t sit down and go, “Okay, which demographic am I trying to hit with this song” Like a lot of your favorite bands do. I sit down and write because i’m anxious as fuck and I need to get that shit out. A lot of the time it turns into a message that I feel can help people, and other times, I look at it and go, “You know what, I just needed to get that off my chest. I feel better now”. It’s my song, i’ll sing it and share it when I want. Like it’s your money, use it when you need it. JG Whentworth 877 CASH NOW, you feel me?

Probably the tail end of the chorus in ‘Heaven‘ – “I love the one that I’m dreaming of, but I’m not the one she’s thinking of. I took a right onto a street of one way love, and this is where I ended up.”

Like I said before, it’s the marriage of a great poem and a great melody, and the imagery you get of taking a wrong turn onto a one way street (of love) is cool to me. I feel listeners will find themselves mentally sharing that feeling I had – sitting at a dead end in a cul de sac going, “Oh shit, I didn’t even realize i’d end up here when I took that turn”. I’m proud of that chorus.

What inspired “You Were All Mine”, part of your latest album “Soul Drive”?

Being obsessed with space, time travel, alternate dimensions, and missing people who have passed away – wishing I could go back and hangout with them for a day or so.

Depression, really. As depressing as that is haha. I mean the first line is “Can you wait out the sadness? It’s already useless“. The older I get, the less I want to write about depressing things, but my writing has been depressing because like I said, I write for me, I don’t write for anyone else. I could sit down and write, “I feeeeel soooo close to youuu right nowwww it’s like a force field” or “Baby pull me closerrr in the back seat of your rover”, but when you read my writing, you’re not getting a formulaic assembly of words, you’re getting what I journaled one day because I wasn’t feeling great and that was what I wrote down to get it off my chest.

I’ve never written when I was happy. It’s something i’m trying to change. When i’m happy, i’m out doing things, enjoying my life. I started writing because it’s therapeutic for me when i’m feeling down. So naturally most of my writing has been about being down. And like I said to start this response, the older I get the less I want to write about depressing things because I want to experience happiness all the time.

When I was younger, I viewed my anxiety and depression as both a problem but also a huge tool I could use to make great songs. Which is totally fair, you know? Turn something bad into something good type of vibe. But now, I view anxiety and depression solely as a problem – because as long as I’ve viewed it as a tool, it ended up being a reason to allow my depression to exist in some form or fashion. It almost felt like I became used to depression because it was turning into music. Fuck that. I don’t want depression to ever feel normal to me, you know? I want to be happy ALL THE TIME. The goal is to be happy ALL THE TIME. If I shoot for that goal, I’ll probably end up being happy MOST of the time with some limited depression. But if I allow depression to be a tool, even for a second, it’s like I’m saying “Well I want an A+ in the class, that’s what I want, but i’ll just study for a B and just hope I get an A.”

Well if you study for a B, you’re going to get a C. So I’m studying for that A+ and grinding my ass off for it, hoping I’ll get at least a B+ hopefully higher. Anything not conducive to happiness, I don’t want that in or around my life. So I want to make songs that come from happiness and I’m working on that for sure.

Do you remember the day you wrote “Alone In Japan”?

But I remember getting lost in Japan and not being able to read signs or ask for directions. Even if I could ask for directions I didn’t even know where I was trying to go / the name of my hostel or what street it was on, etc.  I thought I was going to have to get a job and live there for years until I could communicate that I just got lost one day haha. I ended up running into my bandmate Curtis and we got drunk on some big ass beers and found our way back by trial and error. If you’ve ever been to Tokyo, you’ll understand. If not, I’d say take a foreigner who has never been to New York City and then make them wander off for a few hours and then ask them to find their way back to where they started.

Our albums have always been representations of time periods in my life, and ‘Soul Drive’ represents a time period from 21-24 years old. I just turned 27.

Casey Bates did a really great job of helping us structure and trim fat on our songs. “Take out this part here, it lags…Add another chorus here, it needs one…This is actually your pre-chorus, go write an actual chorus for me.” Things like that. Casey really produced the foundation of these songs and Bo and I did a lot of our own production during the mixing process. I would be up late as shit with our engineer Ben working/obsessing over vocals, harmonies, having Bo reluctantly re-track certain guitars and even adding some guitar on my own without anyone knowing lmao.