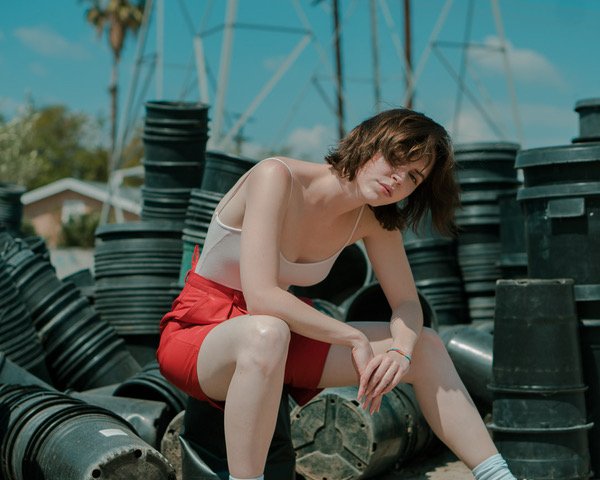 rockyourlyricsOctober 4, 20180 views
News0 views 02 min read
Twenty-three year-old Toronto born, Los Angeles based artist Jessie Munro has been mesmerizing audiences worldwide, with her stunning soulful vocals and sleek, modern-electro R&B/pop. Finding her start in classical music and musical theatre, Munro went on to attend the prestigious Berklee College of Music, propelling her songwriting abilities and giving her the musical maturity which is evident throughout her music. The soulful songstress is now preparing to release her Debut EP “On My Own“, a six-track release which tackles the stages of post break-up.
“On My Own” tells the story of living through bleak heartbreak, with relatable honest lyricism and beautifully poetic melodies, it’s an EP of reflection and contemplation. Narrating the feeling of being alone, the pain of unrequited love and finding courage and confidence to move on, the release is an authentic story of a lost love. Influenced by artists such as Carole King, Daniel Caesar and Charlotte Day Wilson, Munro describes “we were trying to harness old school classic sounds and marry them with modern sounds”.
Leading single ‘Under Fire’ features a strong, melodic bassline which rides fluidly atop the driving drums and Munro’s soulful, dreamlike vocals. Thematically, the song focuses on the pressures of social expectations and constantly feeling scrutinized by others. Munro reflects on how she felt she was “under fire” from everyone in her life and the song is the realization that other peoples opinions aren’t always definitive. Inspired by Lianne La Havas and her technique of fusing lyrics with melody, Munro explains “the intent of the lyric is brought to life with a melody that evokes that same emotion” and this is clearly apparent throughout the single.
‘If Your Eyes Could Talk’ showcases ethereal soundscapes and minimalistic melodies, which still pack an impact through Munro’s smokey vocals, delivering a song of quiet intensity. Featuring notes of jazz and pop all underpinned by a soul underscore, the track is brought to life with it’s refreshingly vibrant chorus. The single succeeds in sonically portraying the emotions of a relationship and is a truthful depiction of a breakup, which establishes Munro’s signature sound and sets the tone for the rest of the EP.
Munro has come a long way from coming in sixth place in CBC’s search for Dorothy in its 2012 Over the Rainbow series, produced by Andrew Lloyd Webber. Having already performed to sold out audiences across the globe, as well as receiving critical acclaim, the singer is now ready for the next chapter of her musical endeavour, with “On My Own” currently available worldwide.