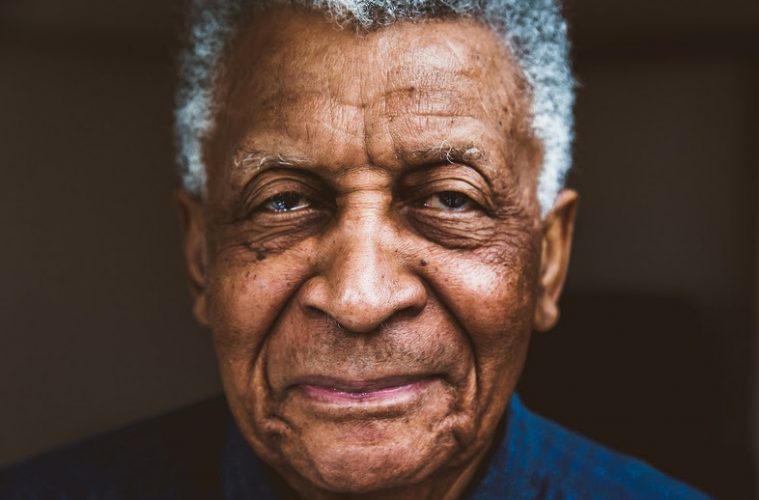 Abdullah Ibrahim (who has also recorded as Dollar Brand) is one of South Africa‘s most famous musicians. Born under the apartheid regime, where jazz music was seen as an act of resistance, his music is often referred to as representing freedom. His major anti-apartheid anthem “Mannenberg” (released as “Capetown Fringe” in the US) has come to be regarded as an unofficial national anthem in South Africa, and he even performed at Nelson Mandela’s inauguration, where Mandela referred to him as “our Mozart”. He’s played with everyone from Duke Ellington to Max Roach, John Coltrane to Ornette Coleman, and is the father of underground rapper Jean Grae.

Now, at the age of 84, Ibrahim is set to release his first new album in four years entitled ‘The Balance‘. Featuring his band Ekaya, the new album was recorded over the course of a day in London at RAK Studios last November. Featuring a number of full band arrangements, Ibrahim also recorded several of solo, improvised piano pieces. Full of encompassing Township-Jazz, solo piano, highlife and plentiful modern jazz styles, the instrumentation is broad, and includes harmonica, cello, and piccolo. In his own words, “With Ekaya, I am blessed in that I have all these textural opportunities.”

Going on to speak about the album, he says “We push ourselves out of our comfort zones. So that we can present to the listener our striving for excellence. So that we can engage with our listeners without any barriers of our ego. It’s not jazz. For us, it’s a process of transcending barriers. Technically it’s very, very skilled, but there’s simplicity in the complexity so that people can relate to it. It’s a natural rhythm of the universe. We’ve been looking at recording for some time. But we were looking for the correct vehicle. Someone who understands what we’re doing.”

A new single from the album called ‘Dreamtime‘ was recently premiered by Cerys Matthews on her BBC 6 Music, as well as being played by Gilles Peterson during his latest label focus feature in which Gearbox Records were the subject.

On April 15th 2019, Abdullah has also received into the NEA Jazz Masters fellowship, the highest honour the United States bestows upon jazz musicians.

‘The Balance’ is a major return for a genuine living jazz legend and will be released via analog specialists Gearbox Records, who have recently released key London jazz records by artists such as Binker and Moses, Sarathy Korwar, and Theon Cross, as well as legendary names such as Dwight Trible, Thelonious Monk, Yussef Lateef and more.