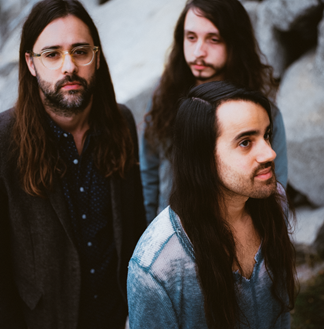 RYL: Tell us everything about your last album “Space is still the place”, what is its main achievement lyrically speaking?

THE BRIGHT LIGHT SOCIAL HOUR: I think that depends a lot on which of us you ask. I’d say Infinite Cities or Ghost Dance. 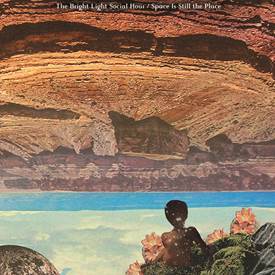 RYL: Among the new songs released is “Slipstream”, what inspired it?

THE BRIGHT LIGHT SOCIAL HOUR: It was a groove Jo and I had been working on, and when Curt added the Moogerfooger’ed guitars and vocals, plus the synth pads, it made us imagine a scene of being all alone in what feels like an ill-fated train car, but that’s really moving toward something beautiful, like community, salvation, outer space.

So Curt and I sat by a pool one day and wrote lyrics with the theme of a death train for the ego, moving from struggle and isolation toward oneness and enlightenment on some starry night beach.

I guess it’s about letting go of inward-focus and outward fear to embrace community and togetherness in order to achieve progress.

Taking a last look at the past before setting ourselves free from it and looking toward a bright and open future. We’re also taking that same lens to the world around us, particularly as it pertains to the southern U.S. where we spent a lot of time touring while writing this record.

The grittier, more traditional songs look at the ugly history and difficult present tied to that history, while the dreamier, synthy-er, dancy-er tracks look toward an open future free from that past, represented by outer space.

RYL: Who produces your music?

THE BRIGHT LIGHT SOCIAL HOUR: We recorded and produced this record ourselves.

THE BRIGHT LIGHT SOCIAL HOUR: So many different ways, and we’re always in search of new methods.

But on this record, we’d generally write the basic tracks, discuss together what it made us feel and imagine, and one of us would take it home, write a whole draft, and the others would give thoughts on the weak and strong points, at which point the main writer would take it back and tweak it until we all felt right about it.

Some songs, like Infinite Cities or Sweet Madelene, Curtis would write one half and I’d write the other half, with feedback from each other and Jo.

THE BRIGHT LIGHT SOCIAL HOUR: My favorite that I’ve written is probably the first verse of Ghost Dance, but it’s really hard to choose!

A glowing dawn of crowded eyes

Each a screaming pulsar

The needles in the ghost

Begs the flesh to rise

RYL: What does “Ghost Dance” mean for you?

THE BRIGHT LIGHT SOCIAL HOUR: This song was inspired by a movie I watched about the Massacre of Wounded Knee and the Ghost Dance religion.

To me, it’s about group minds, groups getting together and falling in with each other. It goes back and forth between the individual and the group.

The individual (the verse) is outraged, freaked out, panicked by all the examples in recent history of groups getting together and being violent toward other groups, and urging, begging for the use of this kind of group-think for good, for the spread of love and progress and beauty.

And the chorus group-chants represent all the people together, just being a part of whatever it is you wanna be a part of when a big group of people are doing something that looks like the right thing to be a part of.

I think singing in particular, like at a concert or in church or in a yoga class or sports game, to be contributing a little to this massive sound that engulfs you is a really amazing, powerful thing.

But I think that’s also how we’re led into these group mindsets of oppression and hatred.

So the verses are saying “Hey! Fuck! Snap out of it!” Be a part of the group and love it but also love and be yourself and be aware of how powerful this group thing is and use it for good.

RYL: You will be touring soon….! What do you expect from it?

RYL: How did you first get involved with music?

THE BRIGHT LIGHT SOCIAL HOUR: My dad was a blues/rock organist when he was younger, so he really turned me on to lots of great music from a really young age, and got me messing around on piano and violin as a kid.

THE BRIGHT LIGHT SOCIAL HOUR: I’ve always been really into disco bass, and I think I was messing with rhythms in the style of Rod Stewart’s “Do Ya Think I’m Sexy?” and the like and Curt jumped in with the melody. I think it’s just about the duality of the human experience, being caught between the tempted and upright parts of ourselves.