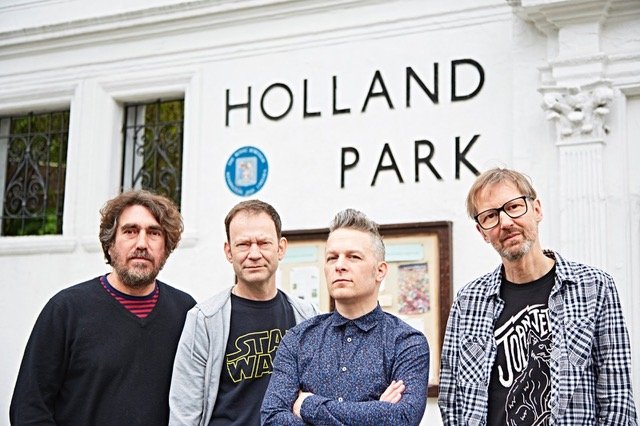 rockyourlyricsJuly 25, 20210 views
News0 views 04 min read
London-based four-piece SPEARMINT announce their ambitious, uplifting new album: ‘Holland Park’.
The follow-up to their acclaimed 2019 album ‘Are You From The Future?’, the new album will be released on 17th September via WIAIWYA records.
The record is preceded by the joyous lead single: “Walk Away From Hollywood”, which arrives emblazoned with Spearmint’s sunshine-crafted hallmarks and suitably technicolour visuals.
STREAM HERE:
SPOTIFY || APPLE MUSIC || SMARTURL
The final track to be written for ‘Holland Park’, “Walk Away From Hollywood” is classic Spearmint pop, all breezy melodies and swooning multi-part harmonies. Listeners are encouraged to spot the tongue-in-cheek lyrical reference to ‘Spinal Tap‘ too. Available digitally and as a 7” vinyl, it is backed by non-album b-side “Doorways”: a noir tale about cheating Death and Death cheating back.
Speaking about the single, frontman Shirley Lee says:
““Walk Away From Hollywood” is a celebration of walking away from your dreams, of having to change path halfway through your life. In the context of the album, it’s about coping when the band you’re in splits up, and you have to figure out what to do next, given that your dream has come to nothing.”
The day-glo animated video that accompanies the track is by Moth Media and features Shirley quite literally walking away from Hollywood, before ending it all ‘Thelma & Louise‘ style.
Often referred to as ‘Britain’s best kept secret’, Spearmint have been making great records for a couple of decades now: this will be their ninth album proper. Still the same line-up: Shirley Lee (singing, guitar), Simon Calnan (singing, keyboards), James Parsons (guitar, bass) and Ronan Larvor (drums). This album will be the 57th release on their own hitBACK label. 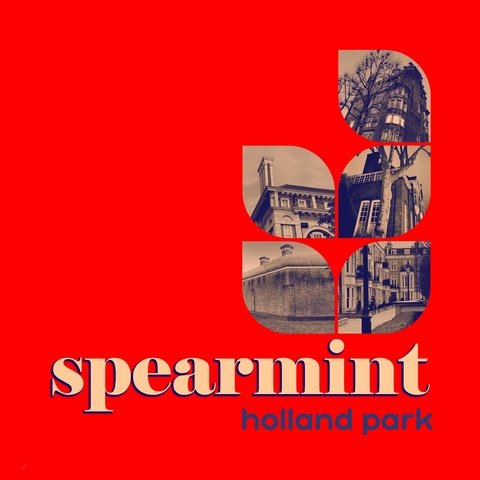 ‘Holland Park’ is released on 17th September digitally, on CD, and on limited double gatefold 10” vinyl with 24-page lyric book via WIAIWYA records. Pre-Order HERE.
Upcoming album ‘Holland Park’ explores what it’s like to be in a band, what it’s like to have walked away from being in a band, what music means to all of us, and how it feels to lose your heroes. The spirit of Bowie hangs over the album. Singer Shirley says “What would the other members of the Spiders From Mars say now about their lives if we tracked them down? I don’t mean Bowie’s band, I mean Ziggy’s band.”
Re-united with producer Rhodri Marsden (Scritti Politti), and with contributions from Rhodri and Andy Lewis (Paul Weller), the band feel that this record is their best yet.
Based around the epic 12-minute title track, the album tells the story of Shirley’s father’s prog band in the early 70s. As Shirley recounts: “They never made it, and there’s nothing online about them, so it’s down to us to tell the story.”
Spearmint plan to premiere the album live in London in November, followed by shows in Brighton and Bristol, with further gigs throughout 2022. Watch this space!