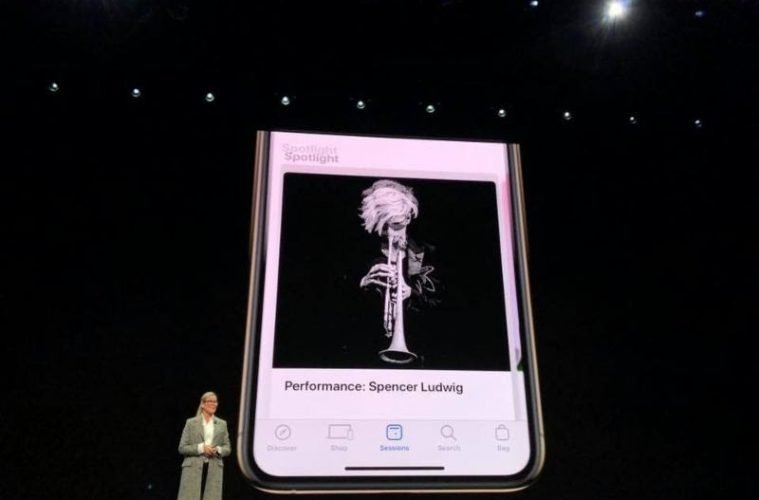 Spencer gave a sneak peek of his video at Apple’s Keynote after-party, where he captivated audiences with his wild trumpet solos, dancing on display tables bringing the audience to their feet and even crooning to Apple’s CEO Tim Cook. During the Keynote, which was streamed to over 2 million users worldwide, Angela Ahrendts (Senior Vice President of Retail) profiled Spencer as a Today at Apple performer.

Spencer’s latest release touches on a common question found in love and relationships – what happens when the honeymoon is over? This video examines the feelings of being at the cross roads of a relationship when you are left with the decision to push through or give up.

“Honeymoon” is the follow up to his single “My Trumpet“, which gained over 300k streams on Spotify and features award winning Latin rapper, MC Davo. Spencer’s independent debut single “Just Wanna Dance,” which premiered on Billboard, debuted at #47 on the Spotify US Viral Charts.

Spencer, who was chosen as one of YouTube’s ten acts for its prestigious “Artists In Residence” program, kicked off the year opening for The Chainsmokers and Jason Derulo, and Betty Who. He wowed audiences at iHeart Radio’s Movie Pass event this year at
Coachella the 2018 NFL Draft, Bonnaroo and Pride festivals around the country.
His first solo single “Diggy” exploded right out of the gate racking up over 2.5 million Spotify streams, it sound tracking a “Fall Style” campaign for Target, and was featured prominently in the blockbuster Happy Death Day, the Netflix original movie Step Sisters and the popular video game Just Dance 18.

Additionally, peers such as Chance The Rapper, Maroon 5 and Camila Cabello have shown support on social media. He turned audiences around the world into believers after his performance on Late Night With Seth Meyers and also at Lollapalooza, Austin City Limits,
Mexico’s Corona Capital and on tour supporting BeBe Rexha in the US and Europe.