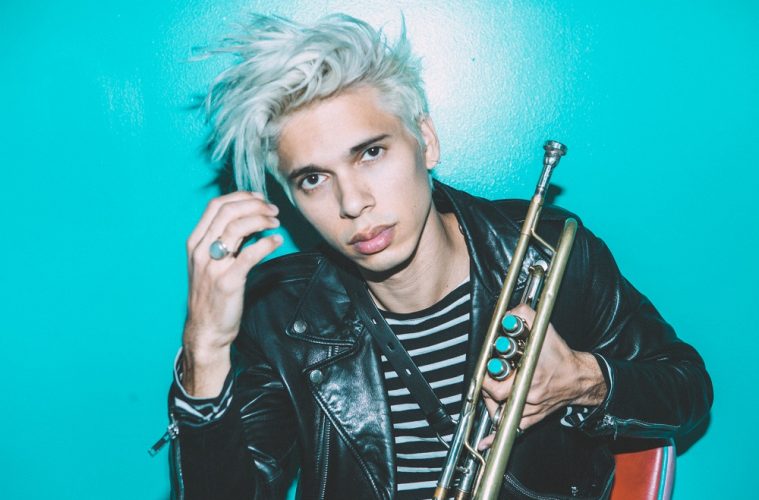 Vocal and instrumentalist Spencer Ludwig has released a new music video for his recent single “My Nature,” featuring fellow New York artist, Zak Downtown. The futuristic video set against a modern, urban backdrop, is all about living a carefree rock star lifestyle.

“The creative interpretation of this song is due to director Tyler Rousseau, who took an unexpected yet totally awesome sci-fi approach for the video, which I felt he and his team executed beautifully. I was really just along for the ride on this one. I think sometimes the best things to do is to surround yourself with brilliant people and let them do what they’re best at, which was totally the case in this instance,” said Spencer.

The video for “My Nature” follows off the heels of Spencer’s latest video for “Jungle in Me,” which showcases his provocative, sultry side. Earlier this year Spencer also released his self-directed/produced video “Best Life,” which gleams with confidence and spreads the message of living your life to its full potential.

This isn’t the first time Spencer has collaborated with Zak Downtown, who has amassed over 30 million streams all independently. The duo met while collaborating as songwriters and as featured artists on Warner Case’s EP “Good Time Heart Dance”. Zak has also previously joined Spencer on stage at his self-curated monthly residency “Le Trumpet” located at The Freehold in Brooklyn. The immersive event is a non-stop party from start to finish. Spencer has perfectly polished “Le Trumpet” to captivate the crowd even between sets with performances by drag queens, fire dancers, contortionists and guest musicians.

After wrapping a tour with award-winning Grammy artist Fonseca, and making stops at Hangout Fest, Winnetka Festival, and Sonoma County Pride Festival, Spencer closed out his residency on June 28th. In early 2019, Spencer returned as the musical director for the 8th annual NFL Honors Awards and was named as one of Wells Fargo’s Emerging Artist. As part of Wells Fargo’s Emerging artists, Spencer took part in this year’s Rose Parade in support of Inner-City Arts, a Los Angeles-based nonprofit providing local area children with no-cost art education classes.

Previously, Spencer collaborated with America’s Got Talent semifinalist Merrick Hanna on the choreography driven music video for “Watch Me Walk” – PRESS HERE to watch. The strut worthy single was also featured on FOX to promote the new celebrity singing competition The Masked Singer. Earlier last year Spencer also partnered with fellow New York based artists Z & Drü Oliver on his tropical single “Honeymoon.” He gave a sneak peek of the video at Apple’s Keynote after-party, where his live performance captivated the audience, which included Apple’s CEO Tim Cook. During the Keynote, which was streamed to over 2 million users worldwide, Angela Ahrendts (Senior Vice President of Retail) profiled Spencer as a Today at Apple performer.

Additionally, peers such as Chance The Rapper, Maroon 5 and Camila Cabello have shown support on social media. He turned audiences around the world into believers after his performance on Late Night With Seth Meyers and also at Lollapalooza, Austin City Limits, Mexico’s Corona Capital and on tour supporting BeBe Rexha in the US and Europe.