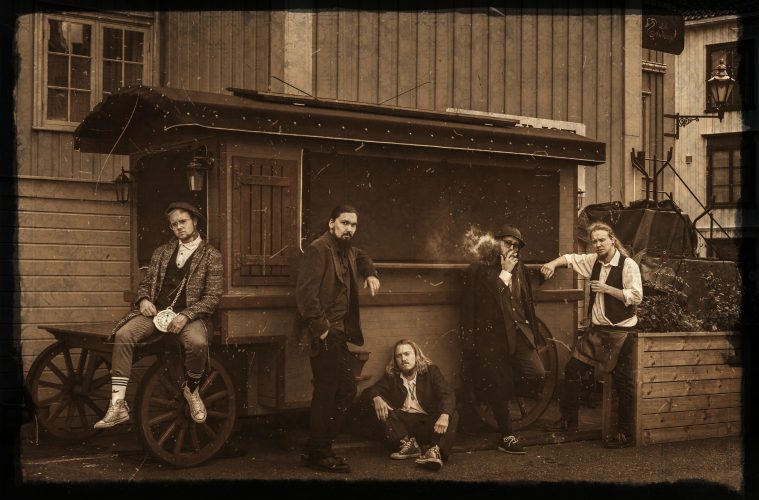 The lyrics are often smitten by figuring out what phonetic sounds fits in where, then making sure they are possible to actually sing out loud. Applying the red line between words and constantly confronting my intuition to see if the wholeness corresponds with my emotions, this is crucial to deliver the songs and lyrics in front of a live audience with conviction.

To portrait a metaphorical imagery that spirals our internal struggles outwards, making it somewhat relatable to the masses, without being to direct. This imagery needs to be accompanied by a fitting soundscape, intertwining the suchness from the lyrical aspects. Oh, and grooves man.

As stated above, it’s what makes it unique and relatable. Second-guessing is a huge part of writing music, but in the end I appreciate this process, making it almost therapeutic in nature. One can be revealing without being direct.

That’ll be the lyrics for Kaela, because I wrote it during a depressive period in my life. It links together a series of emotions I felt during that period and hold the power to help people through hard times. The sad departure of the feminine aspects, that returns after a while to unionise with the all.

What inspired “We Lie Awake,” part of your latest album/EP “Spirals”?

This song reflects upon the feeling of enlightenment. The fact that we as a default are connected to ‘’the all’’ from birth, disconnected from it through years of indoctrination, only to pretend to be enlightened as adults. People often lie about being on a higher plane of existence, while in fact they’re the opposite.

Through “Spirals,” we tell the story of how one comes across the same challenges and experiences repeatedly. Life can be seen as a spiral, where you’re constantly widening your perspectives, and changing your behavioural patterns based on what you learn.

Do you remember the day you wrote “Caveman”?

Ah yes, we played a tiny festival with my previous band Leafy back in 2015. I was walking around barefoot with my acoustic guitar entertaining my bandmates with a series of improvised riffing. Suddenly I hit a nerve, the chorus to “Caveman” was born. We continued to write the full song later on, and even performed it live at a few occasions, although not exactly the same version as the one you can hear today.

There is. Each song has a corresponding element, fire, water, earth and wind. And a corresponding feeling to be attached to it. It’s all part of the spiral as a main theme, so these are reoccurring feelings in everyone’s life. Despair, lies, hope, truth, self-realization, rebirth, and so on.

Our drummer, Joachim, is our producer. He’s given me plenty of tips and tricks to make me sound better as a vocalist. I remember having some overtones in my voice, especially in the studio, so we worked on how to minimize it. I would’ve never figured it out without his guidance.

We’re planning a tour to visit some major cities in Norway. Several singles are to be released, an EP featuring a re-recorded version of Kaela from Kaela Upsweep and the continuation of the story in a new song called Kaela II. We’re also working on our first full length album ‘The Initiation’ where all 7 songs are to be done within 2020.