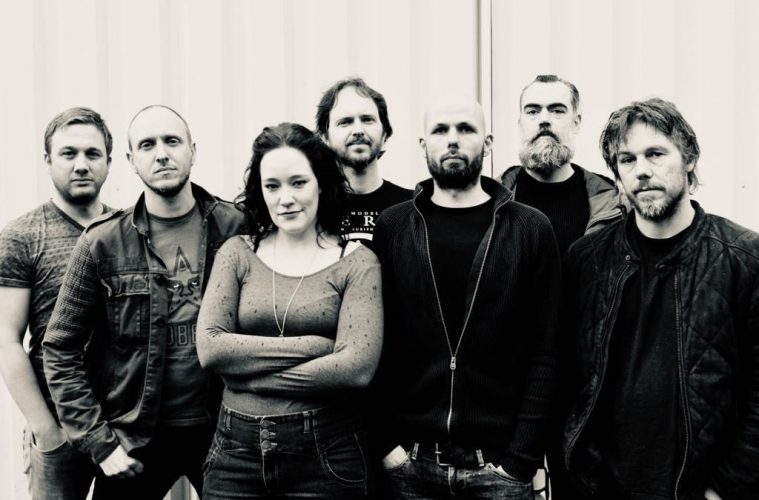 When I’m done writing the music for a song, I’ll start singing to it. Whatever comes to mind, really. Before long, some sentences or phrases emerge that sound right for the song. Next, I’ll think up a theme or story around it, using the vibe of the song and my first lyrical impulse as inspiration. Sometimes the subject is steeped in reality, sometimes it’s pure fiction. I also like to write sequels to previous songs. I’ll take some combinations of words or sentences and use them to start a new story.

For me personally, it is paramount that I am completely satisfied with the end result. I write music and lyrics to the best of my abilities and push the envelope as far as it’ll bend. I only release music that I would actually buy myself. That is my standard and thus pretty important. ☺ I also try to write my lyrics in such a way that they speak to the imagination and are sufficiently thought provoking. It’s pretty cool when people interpret your work in their own way and can actually relate to it.

No, not really. Fact and fiction often intertwine in our lyrics. Separating one from the other would be based on speculation or very thorough investigation. If fans get it right (which happens every once in a while with the more obvious stuff), I thank them for their efforts. It was my choice to share something personal, so there’s no need to beat around the bush about it.

That is a tough one! I’m still very proud of most of my stuff and almost all of my lyrics have a personal aspect to them.

If I’d have to pick one, it would be ‘The Scarecrow’. The lyrics are very short, expressive and metaphorical. Feeling guilty is a strong emotion that almost everyone can relate to. I think no one can feel anything but pity for the unfortunate narrator.

What inspired ‘Blackout’, part of your latest album ‘Stacking Smoke’?

Autumn is not a band with a political agenda. I’ve always tried (without too much effort, I might add) to keep my political views and music separated. However, in the years I spent away from writing music, I’ve become increasingly aware of- and troubled by- the endless suffering caused by war. Whenever I started writing, my thoughts would stray there. At some point, I stopped fighting it and consecutively wrote Cyanide Sky and Blackout: Two songs about human interaction in times of conflict. Autumn style.

Is there a common theme/link between all the songs of the new album?

We’ve always had certain themes that appear, disappear and re-appear throughout our albums. Obvious and less obvious prequels and sequels… Subtle musical and lyrical references to our past… ‘Stacking Smoke’ is another chapter in our ongoing story. Some new themes emerge, where others draw to a close. Human interactions in various dire circumstances are a recurring subject.

Our European tour with The Gathering in 2010 is without a doubt the best ‘moment’ of my career. The making and release of Stacking Smoke is the runner up. The video shoot for ‘Satellites’ is third.

I haven’t experienced too many difficult moments in my musical career and I aim to keep it that way!

We have too much to do in too little time… so many plans… We sure want to play the new songs live! We also really want to do something special to celebrate the 10th anniversary of our fourth album ‘Altitude’. To be continued!