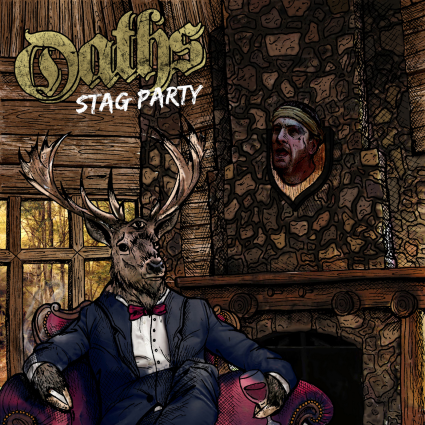 RYL: 13th April, date of the release of your new album “Stag Party”, what are you planning for its release? A tour coming soon?

OATHS: We’re always trying to play as many shows as we can, doing this live is the whole reason we do it! But yeah, we’re playing a run of shows with Faces of Eve in March and we’re stoked to announce we will be supporting Devil Sold His Soul in Manchester in April.

RYL: Among the new songs released is “Lover, Another”….What inspired its lyrics?

OATHS: An ex-girlfriend. Bit of a cliché we know. It was written at that point where you’re still trying to figure out where it all went wrong and coming to terms with being forced to find a new path to the one you thought you were going down.

OATHS: Only that they were written during a transition period in my life. A period of self destruction, the lyrics I’m writing now are getting less introspective as the days keep looking lighter.

RYL: Do you remember how did you write the song “Amsterdam” ?

OATHS: My brother lived in Amsterdam for several years so the place means a lot to me. I always seemed to visit when I needed to escape from life here and as a consequence something of note always happened there.

On this occasion it was meeting an old friend who I was always infatuated by but could never have and how being away from home, in a foreign land, can change you perspective. 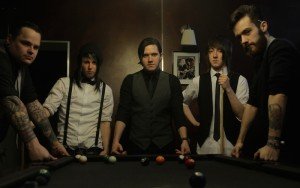 OATHS: They are usually based around a moment initially and then they expand out to reflect on what that moment meant. Mike will have the song structure 90% down and then we’ll see how the lyrics flow.

OATHS: Probably ‘I thought I was your saviour, I guess you were my curse’ from Lover, Another. It sums up a period of my life that I’ve hopefully left behind perfectly.

OATHS: Hank Moody. I love that it’s a bit different for us, has a big chorus and builds really nicely, it’s always the most fun to play live because you can see the audience reaction when the big moments in the song kick in.

RYL: What “I am the danger” means for you?

OATHS: This was the ultimate song in the self destruction period. The message of the song is basically ‘yeah I know I’m being a dick but I need to be right now’, but by the end the regrets start to kick in and morality rears it’s beautiful head.

OATHS: Right now, ‘It Rains Down’ by Devil Sold His Soul. They are never far from my playlist but now we know we are supporting them they are there a lot more. This song just builds beautifully and then crashes down on you like a landslide. Definitely something to aspire to.

RYL: Which was the main difficulty you had to overcome while preparing the album?

OATHS: Believing we were ready to record it. We played those songs live for a long time before going into the studio and we really wanted to capture the energy of our shows. Hopefully we managed that, we’re all pretty proud of this record.