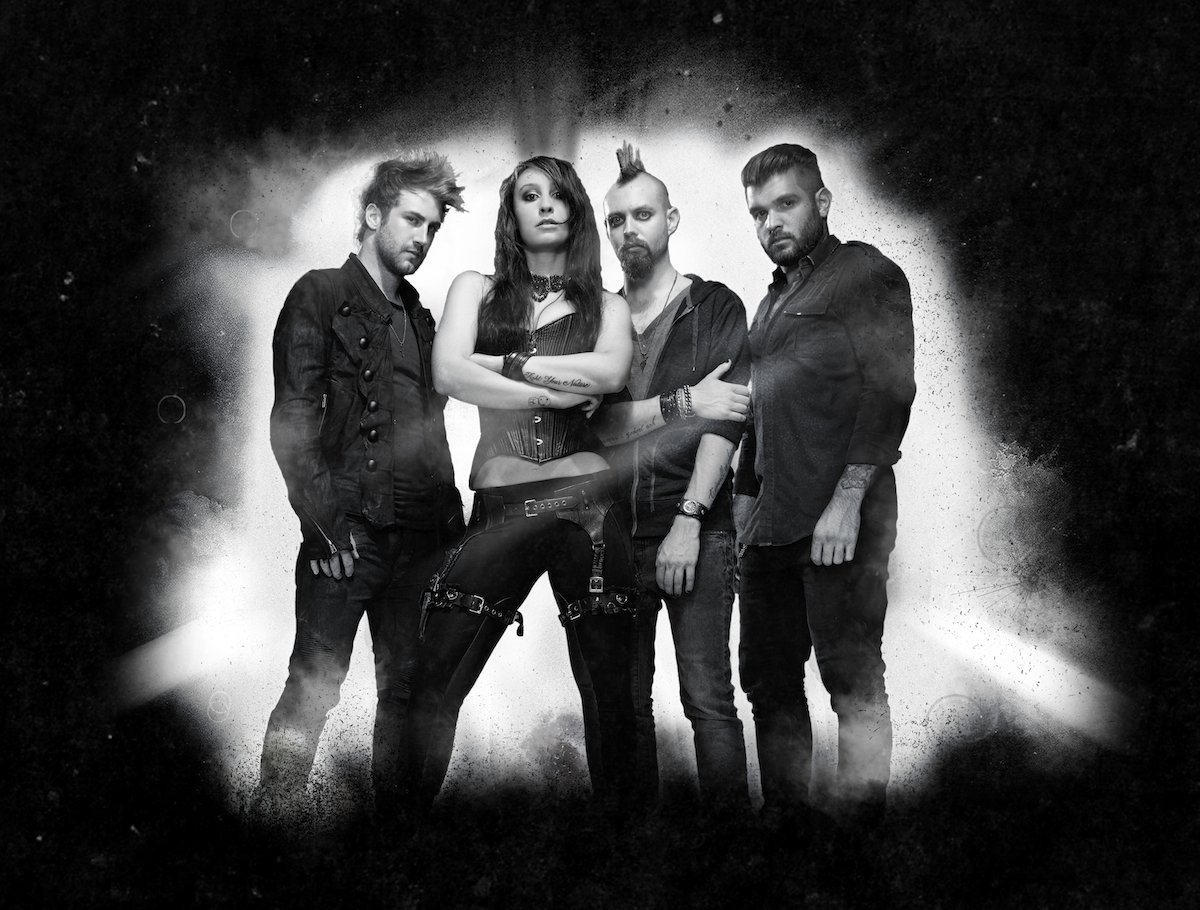 After a 2013 full of concerts and promotion of their debut album, released in April last year, Stars In Stereo (http://www.starsinstereo.com) are now back in studio preparing new songs.

Bec Hollcraft (vocals) and Jordan McGraw(guitar) answered to our questions regarding the meaning of their most famous songs:

STARS IN STEREO: Our last tour was opening for Halestorm in December, and it was an amazing way to end 2013!  We love being on the road and try to stay out there as much as possible.  We have been fortunate to tour with really great bands that we love watching every night-who are also great people that we enjoy hanging with.

Halestorm was definitely that for us.  Right now we are so excited to be starting out the new year in the studio, writing and recording for the second album.

RYL: Which is the craziest show you did so far?

STARS IN STEREO: That’s hard to say! We try and make every show crazy in some way. The rest is up to the crowd! We just did our first headlining shows which was crazy for us. We had the freedom to take our time and slow down the pace and just have fun.

Other than that, I think any number of the shows with Bullet For My Valentine. Their fans know how to throw down. We’ll ask for a mosh pit and next thing you know the entire crowd is getting in there and going nuts.

The last time we were in New Jersey there were so many crowd surfers that the security was getting overwhelmed and people were just kind of spilling over the front of the barricade. It’s scary to see someone go over the edge and not be caught but every one of them would pop right up and go again.

RYL: Let’s talk about your album released in april this year, are you happy about the success you obtained so far?

STARS IN STEREO: We are proud of the album and it means everything to see it doing well.  We’ve toured the US with it a few times and can’t wait to share it internationally.  We are happy with its success so far and are always striving for more.

RYL:  What inspired the lyrics of the album?

STARS IN STEREO: The lyrics were all inspired by our experiences as a band and as people surviving in the world.  Every song written is something that every member relates to.

We like to take a topic that either frustrates us or we are anxious to express, no matter how difficult it may be to talk about, and try to put a positive spin on it.  We like to bring the dark into the light.

RYL:   “Every last thing “ is the new single, Who wrote its lyrics? Can you explain to us its meaning?

STARS IN STEREO: We write everything together.  It gives the song more meaning when 4 people can agree on it, and we figure it can’t be too bad if we all like it!

We like people who listen to our music to find their own meanings in our songs, because a song can be interpreted in so many different ways and people can all have different personal connections to it.  To us, it’s about losing love but if someone connects for a different reason…. PERFECT!

“Every Last Thing” was the first song we all wrote together and it’s incredible to see it last through the whole album writing process and end up being our single.

It went through 5 different versions and we actually sat down the other day and listened to each back to back. It was crazy to see how different each version was from the last and to hear elements coming in and going out and coming back in… Maybe one day we will put out some of those old versions.

RYL:  In “The Broken” you are talking about millions lives that get shaken, to what you are referring to?

STARS IN STEREO: We are referring to any one in the world who has ever had personal struggle and feels alone in it.  We wanted to write a song saying that we aren’t alone in whatever makes us feel “broken” and it can actually be something that brings people together.

Whether it’s a divorce or something like having trouble with grades in highschool, the common denominator is emotion of a hard time and that’s where, if we aren’t judgemental to the source of other people’s hard times, we can find a way to connect and help each other.

RYL:  If you have to select one single verse of one of your song that represents you more than the others, which one you would select?

STARS IN STEREO: The line “we are the broken” really became the mission statement for the whole album.  We as a band will always have rough times but we never let it tear us apart.  We are like a machine and if one part doesn’t work, the machine itself can’t work, so we always make a point to be there for each other.

RYL: Talking about lyrics again, let’s talk about “Queen of Catastrophe”… who is she?

STARS IN STEREO: “Queen of Catastrophe” is any one who has ever had the self realization that they’ve messed up in life and want to make it better.  It’s about finding strength with acceptance of mistakes from your past and taking action against them for the future.

RYL:  Are you writing any new song? When you will release a new album?

STARS IN STEREO:We’ve been writing non stop since being back from tour and loving every moment!  The new album will be released as soon as we feel we’ve given it our all, so no exact date yet.  But we are working on it.

We will be playing some of the new ones we’ve been writing this year at our shows so make sure to come to one if you want a preview before the album is released!