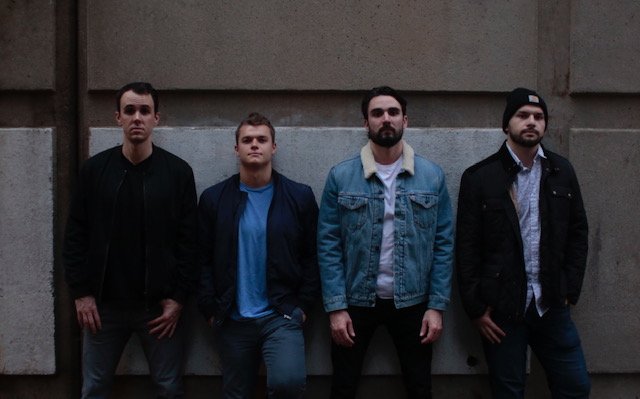 We used to limit ourselves a bit by immediately looking for the perfect words to fit over a certain progression or riff, but lately whenever we come across something we like musically we’ll force ourselves to sing a melody on top of it. Most of the time it is complete nonsense to start, but it at least provides a melodic base rather than going right into writer’s block. After that initial idea, we’ll go back in to change the words and develop an actual story to the song.

Probably the ability to blend a catchy melody with a unique story. At the end of the day the song has to sound good, but we really appreciate artists who take the time to develop their lyrics and almost create a short story with each song they write. Our favorite songs play out as a mini film in our minds due to the strength of the lyrics.

That is sometimes a thought, but the more specific you can make lyrics is typically when they are the most interesting. It is also fun to take some creative liberties and fictionalize whatever real-life experiences inspired the song. The balance is keeping it specific enough to be interesting, but also general enough for everyone to at least in some way relate to the story being told.

“Reading me your sign, didn’t matter much when it didn’t match mine” – from ‘State Lines’
This lyric captures that theme of transience that is sprinkled throughout the tune, and how it’s not necessarily bad for a good thing to only last a little while.

What inspired “State Lines”, part of your debut EP?

The guitar riff in the chorus is something Matt had come up with years ago, and we were always looking for a way to develop it into a full song. As the other parts began to come together musically, we had an encounter with a group of people in a shared cab who were in town for only one night. Meeting them sparked some lyrical ideas, and the story kind of took off from there.

We wanted something that could work on the first season of ‘True Detective’ for the intro, which is why we went with the slightly eerie and moody intro and verse. The chorus progression came about from picking up our old 70s Kasuga acoustic guitar; those chords must have been hiding in there for a while. Lyrically, the first verse was actually something that had been written for another tune — but with a couple tweaks it fit right in and provided the framework to build the story of finding it difficult to get over an ex.

Do you remember the day you wrote “A Night Out Of Dallas”?

For better or worse, we’ve never been capable of writing a song in one day. The lyrics in the back half of the chorus were written on our roof the night before we were supposed to finish tracking vocals. While we don’t condone procrastinating, for whatever reason that time crunch sometimes forces us to come up with the best results.

We have shows lined up in NYC on March 2nd (The Delancey) and May 18th (Pianos), and in between are slotted to head into the studio. We are looking to release our next single early in the summer.