The arena was a little bit unusual……the Sandance festival…..more a place for DJs and electronic music than a rock n roll one.

The show started with the latest single of the band “in a moment” (you can download it for free in their website http://www.stereophonics.com ) and lasted almost one hour and an half. 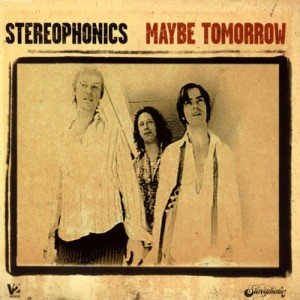 A lot of Welsh flags in the crowd, reminding the band their origin , the band is on the road since 20 years now.

The audience went crazy for “Maybe Tomorrow” and “Have a Nice Day”, songs that brought Stereophonics to the great public.

As always, Rock Your Lyrics was there in the front rows…………

We can’t wait to see Stereophonics again……maybe in London soon?