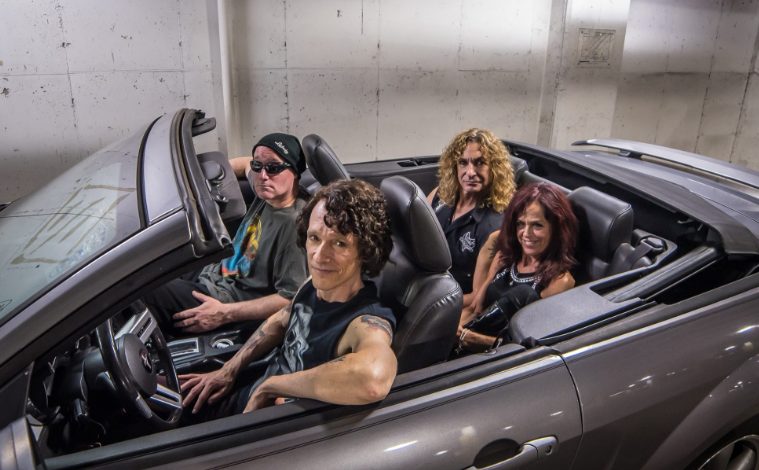 rockyourlyricsOctober 3, 20180 views
Rock Interviews0 views 04 min read
How do you usually write the lyrics of your songs?
KL: I need an angle to a lyric idea, a break up, something new in your life, it could be anything, there are lyric ideas everywhere. As long as I have a solid topic to write about it all flows.
In your opinion, what is the most important thing in songwriting?
KL: You can’t over look anything writing songs, it all needs to be there. Great groove, a killer signature riff or chord progression (preferably both of those), great arrangement, great melody, etc. I’ve heard many songs with a lame verse for example that explode into a great chorus on the radio, you just wait for the chorus. There are no short cuts, you can’t rush a great song.
Are you ever scared of revealing aspects of your personal life/experience to strangers through your music?
KL: I write about life, stories I’ve heard, conversations I’ve over heard, things I’ve seen, so very few of the songs from the 7 albums I’ve released are from a personal angle. The few that are are generally written in second or third person so they don’t sound like it’s a personal experience.
What is the best lyric that you ever wrote (the most meaningful for you)?
KL: I put my heart & soul into every lyric I write and never let anyone hear it till I think it’s the best it can be. We play “End of the Line” from my album “Flip the Switch” which really connects with the audience and me as well. It asks the age old question if I commit to a life long relationship with you will you stay with me till the end of the line.
What inspired, “On Top Of the World,” your latest single?
KL: I’ve had many different line ups for the band and been lucky enough to play with some great musicians but they were never quite right. When guitarist Michael Kurtz and bassist Patti Prendergast and I along with Kings’ main stay drummer (11 years) Erik Strommer got together it was magic from the first rehearsal, the kind of connection all bands are looking for but very few find.”On Top of the World” is about my absolute joy over finding the perfect band mates and the ups and downs of getting to that point.
And “Nothing To Lose”?
KL: “Nothing To Lose” is the story of every musician who stuck to his or her guns determined to succeed in the music business and the up and downs you go through in the process.
Do you remember the day you wrote “One Day At A Time”?
KL: Yes, a friend was telling me that day on the phone about how his girl friend was pressuring him to commit and get married and how he didn’t feel ready yet. I had the music for the song finished already. I hung up the phone and wrote the lyrics that afternoon.
What was the best moment of your career? And the most difficult one?
KL: I’ve had many great moments in my music career, lots of small victories. I’d say so far the greatest moment was getting signed to a major label and the worst was when the deal ended.
What are your plans for the rest of 2018/2019?
KL: We released a new album earlier this year so we’re finishing up shows through December to promote the album. I have a killer new song “Wind it Up” that I’d like to record the first of next year and release as a single. We’re also planning to start touring regionally and nationally in 2019.
To conclude the interview a short Q/A session, please answer the first thing that comes to your mind: