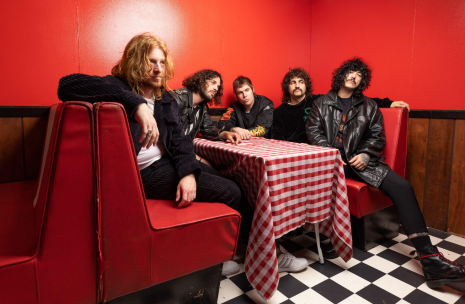 Australia’s favourite quintet, Sticky Fingers, are starting the year off with a bang, with the title-track from their upcoming album – “LEKKERBOY.” Stream it HERE.

The new single “Lekkerboy” is the title track off of their upcoming and highly anticipated album (formerly titled ‘We Can Make The World Glow’). Paddy Cornwall shares the story behind the single, recalling:

“AYYOP how we doing? Paddy here and I’ll cut right to the chase … I guess we kinda said the albums gonna be called ‘We Can Make the World Glow’ … but yeah, we changed our mind. Here to tell ya the album is now called LEKKERBOY.

Ya see one of the many perks of being an independent operation is we can change our shit up and do whatever the fuck we like, whenever we please. It’s fucking great.

There’s a few reasons for the change. For starters, say ‘We Can Make the World Glow’ five times fast. Sick of saying it yet? Yeah us too.

Across all five Sticky biscuits there’s always been one song we’ve referred to as the ‘dark horse’. A track that has been in the running the whole time. Without us not realising its strength and beauty til the end of the race. In the case of album five that track is Lekkerboy. A bittersweet celebration of life.

There’s some decent history behind the name too …

Dylan had disappeared for a few days. None the mind. We had some rare spare time and Amsterdam was new to us all. The people are lovely and the drugs even better. We had no trouble making friends and settling in. I woke up on the floor of a new friend’s house. My eyes slowly adjusted as I realised Dylan was standing over me. “What do you reckon?” Diz lifted his shirt to reveal fresh ink across his belly.

He analysed my facial reactions closely.

Diz was satisfied with that. He was right though. I hated it. Ugly as all hell. I’d later come round to it … ‘Lekker’ is Dutch for ‘tasty’. When you find yourself in the Netherlands you hear it a lot. It’s equivalent to saying ‘ye cool’ or ‘sssiiiicccckkk’ … ‘llleeeekkkeeerrrr’. Word got round about the ‘Aussie frontman’ who got the lekker ink across his belly. It was one of the first parts of our story over there that got us known as a band. So we gotta thank Diz for his belly. “Lekkerboy” was one of the first songs Dylan and I wrote for album five out of his garage and it’s an easy favourite. Fulla attitude, remorse, and an agonising lust for life. Rip it like a chainsaw motherfuk. Lekker.” 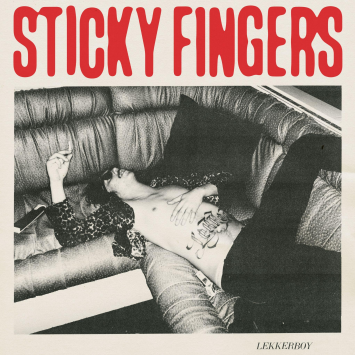 “Lekkerboy” is the fifth track to be released off of the upcoming album and rings true to the band’s loved sound of effortless vocals, mellow melodies and an overall laid-back atmosphere. Touching on addiction, it’s another personal look into the lives of five Aussie lads.