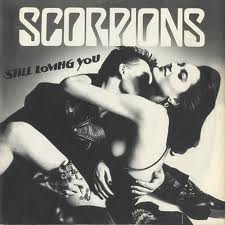 “Still Loving You” is the biggest success, together with “Winds of Change”, of the german rock band Scorpions.

The lyrics of the song are talking about a love story that is over while the man is trying to restart everything once again.


It is the same love story that exists between Germany East and West, unfortunately divided (at that time) by the wall of Berlin.

A reference to it appears in one of the verses: “Your pride has built a wall, so strong”.

This song achieved a great success and reached the peak of many music charts in Europe, while in US never reached the top 50.