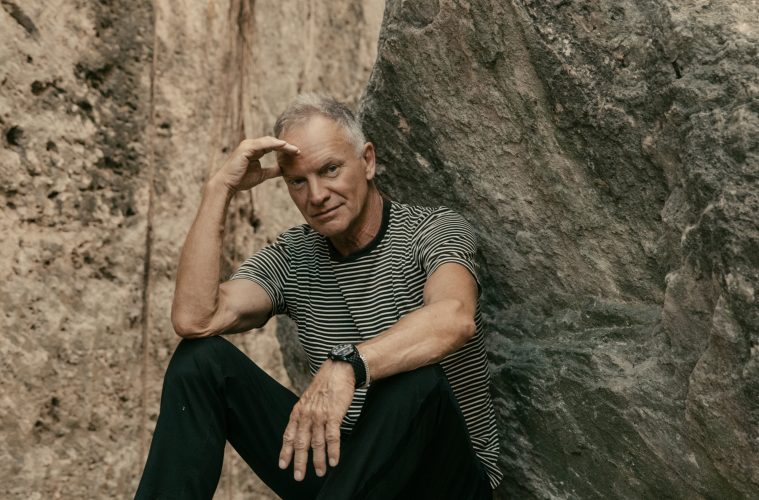 Sting says, “The song ‘Rushing Water’ is a fitting start to an album that seeks to bridge all of the petty differences that can separate us.”

“The Bridge,” penned in a year of global pandemic, showcases Sting’s prolific and diverse songwriting prowess, with this new set of songs representing styles and genres explored throughout his inimitable career. The new song, “If It’s Love” – an infectious ear worm – is available on all digital platforms now. Also available for pre-order HERE, the limited edition International box set contains the deluxe CD album, custom guitar picks, journal and poster housed in a clam shell box.

Sting’s new weekly web TV series, “On the Bridge“ premiered Tuesday, September 28 and features an intimate glimpse into the musician’s everyday life as he prepares to launch his new album “The Bridge.” In a special nod to his loyal fans, Sting will unleash a new episode (each between 2 – 3 minutes) exclusively on Sting.com every Tuesday at 9am/ET. Each episode will remain exclusive to fan club members for 24 hours and then made available for wider viewing on Wednesday’s at 9am/ET. For access to ticket pre-sales, exclusive content, and member-only giveaways & contests, join the official Sting.com fan club HERE.

Sting recently returned to the live arena with a performance in Sicily on September 27 followed by concerts at the historic Odeon of Herodes Atticus in Athens on September 30 and October 1. Soon after, he will launch My Songs: The Las Vegas Residency beginning October 29 at the The Colosseum at Caesars Palace featuring a setlist of his biggest and most celebrated songs with dynamic, visual references to some of his most iconic videos and inspirations.