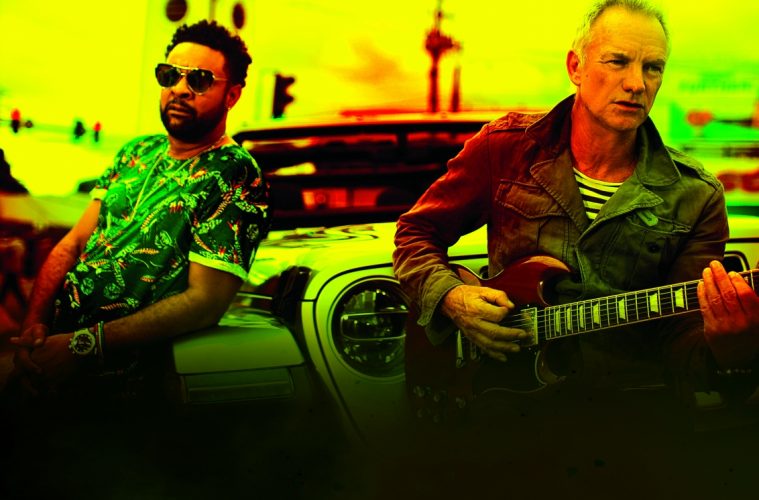 Following their critically-acclaimed 2018 tour, STING and SHAGGY will kick off the summer by bringing The 44/876 Tour to the UK for a series of intimate and exclusive shows, it was announced by Cherrytree Management and Live Nation. These very special limited engagements start in London on 19-May with additional dates in Newcastle on 22-May, Birmingham 24-May and Manchester 25-May with tickets available at www.livenation.co.uk and www.ticketmaster.co.uk.

In spring of 2018, Sting and reggae icon, Shaggy released a collaborative, island-influenced album, entitled ‘44/876‘, that draws from the many surprising connections at the heart of their music and recently received a Grammy nomination for Best Reggae Album. With its title referencing their home country codes, 44/876 first and foremost honors the duo’s love for Jamaica: Shaggy’s homeland, and the place where Sting penned such classics as The Police’s “Every Breath You Take.”

Hailed “one of the most anticipated concerts of the year” and “a two-hour musical melting pot,” the dynamic and vibrant joint live show finds the two GRAMMY-award winning artists combining their bands to perform songs from their island-flavored album, ’44/876′ (A&M/Cherrytree/Interscope Records) and collaborating on each other’s most celebrated hits such as “Every Breath You Take,” “Englishman In New York,” “Message In A Bottle,” “It Wasn’t Me,” “Mr. Boombastic” and “Angel.” The critically-acclaimed 44/876 World Tour also travelled through North America, South America and Eastern Europe. 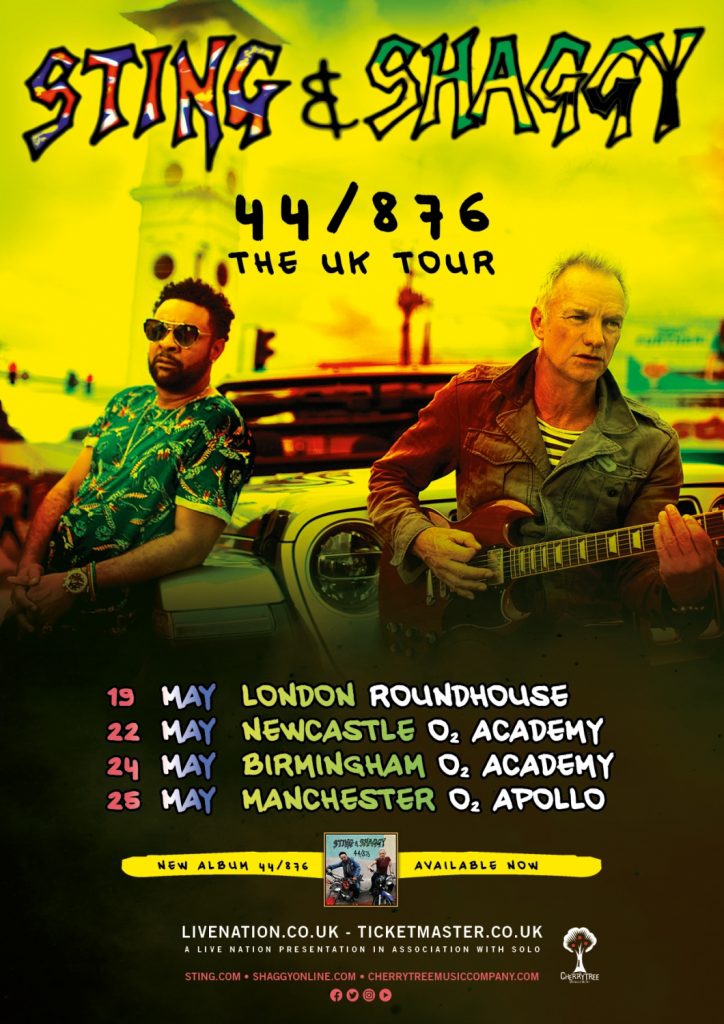 Tickets are available at www.livenation.co.uk and www.ticketmaster.co.uk. Members of the artist fan clubs will have the opportunity to access tickets by visiting www.sting.com.

The tour is produced by Cherrytree Management and RZO Entertainment and promoted by Live Nation Global Touring in association with Solo.