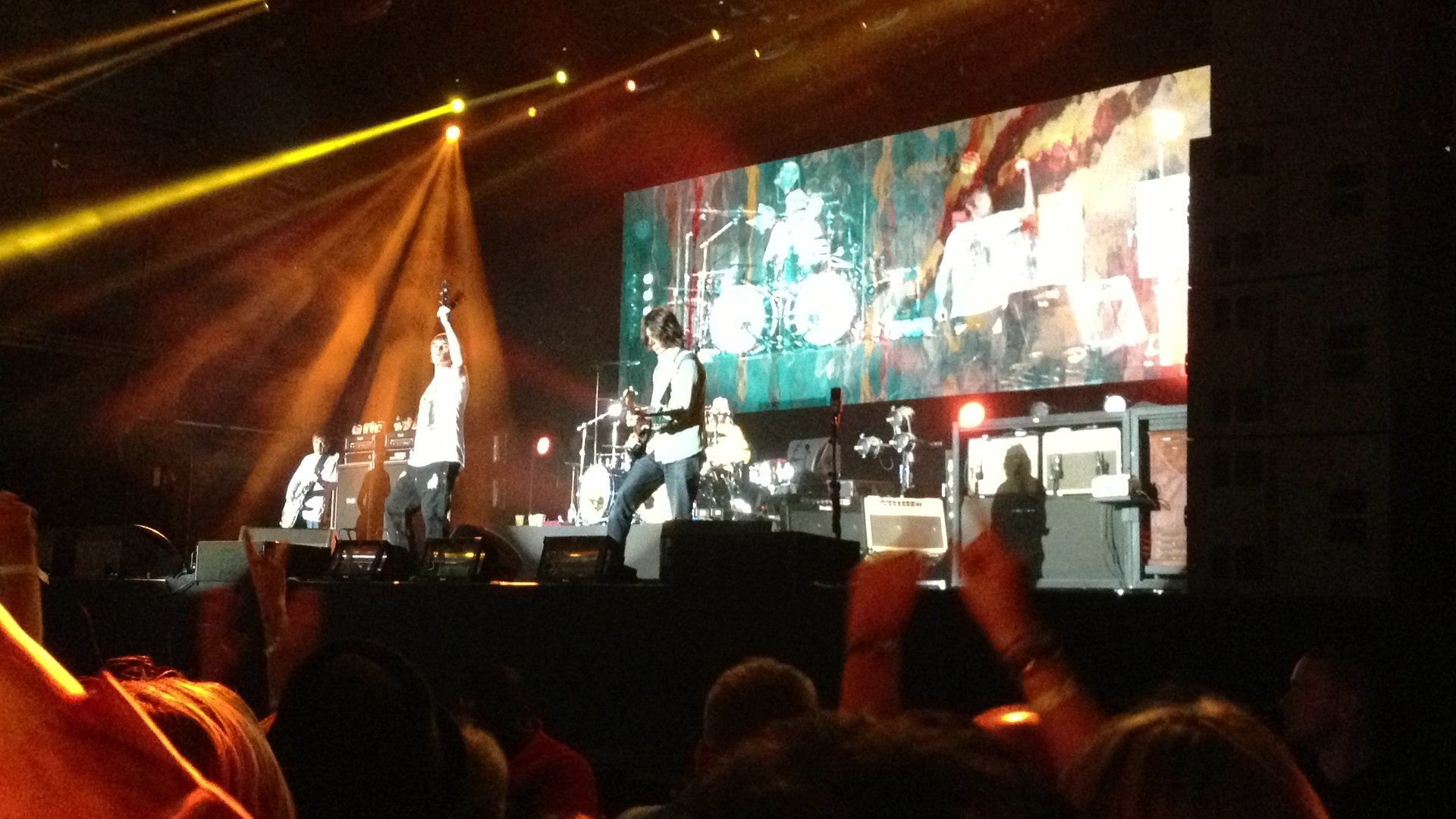 30 years of Stone Roses, we were waiting their 2013 tour to celebrate with them  their career,from a band that made the recent history of British Rock.

Ian Brown jumped on stage a little bit late than the planned time (you will see, this was so critical for us, yesterday night, two concerts in the same night to cover) and the crowd, mainly formed by British fans started the delirium.

We liked his moves and the way he was looking at the people on the front rows, he had a magnetic look, it seemed he was talking with you…. real!

Ian’s hair is not the black colour that everybody remembers, now it is getting more and more greyish (now 49 years old) but does it matter? definitively not!

And what about the concert? We made some videos (you can check them in our channel in YouTube), always in front row….as we said the interaction with the public was great, the sound also, but the voice….. it was not at the level we expected… it looked weird to us but we let you decide……

We felt that the “tone of voice” of Ian was not at his best, maybe it was just us, we were looking at the faces of the people next to us and they were just amazed by the show…….. so we were!

To be noticed,  the collection of colourful bass guitars of  the bassist Gary Mani and the weird hats of the drummer Alan John Wren (Reni).

Don’t  get us wrong, we were not deluded by the Stone Roses, WE LOVED THEM, maybe it was just us…..we are sure we are going to see them again and we are convinced that, as always, they will rock

After one hour of concert we had to jump in a car, the driver was waiting to bring us to see a band that was part of the history of hard rock….the Deep Purple

Stay tuned! Rock your Lyrics will have surprises for you

Always on the front row! 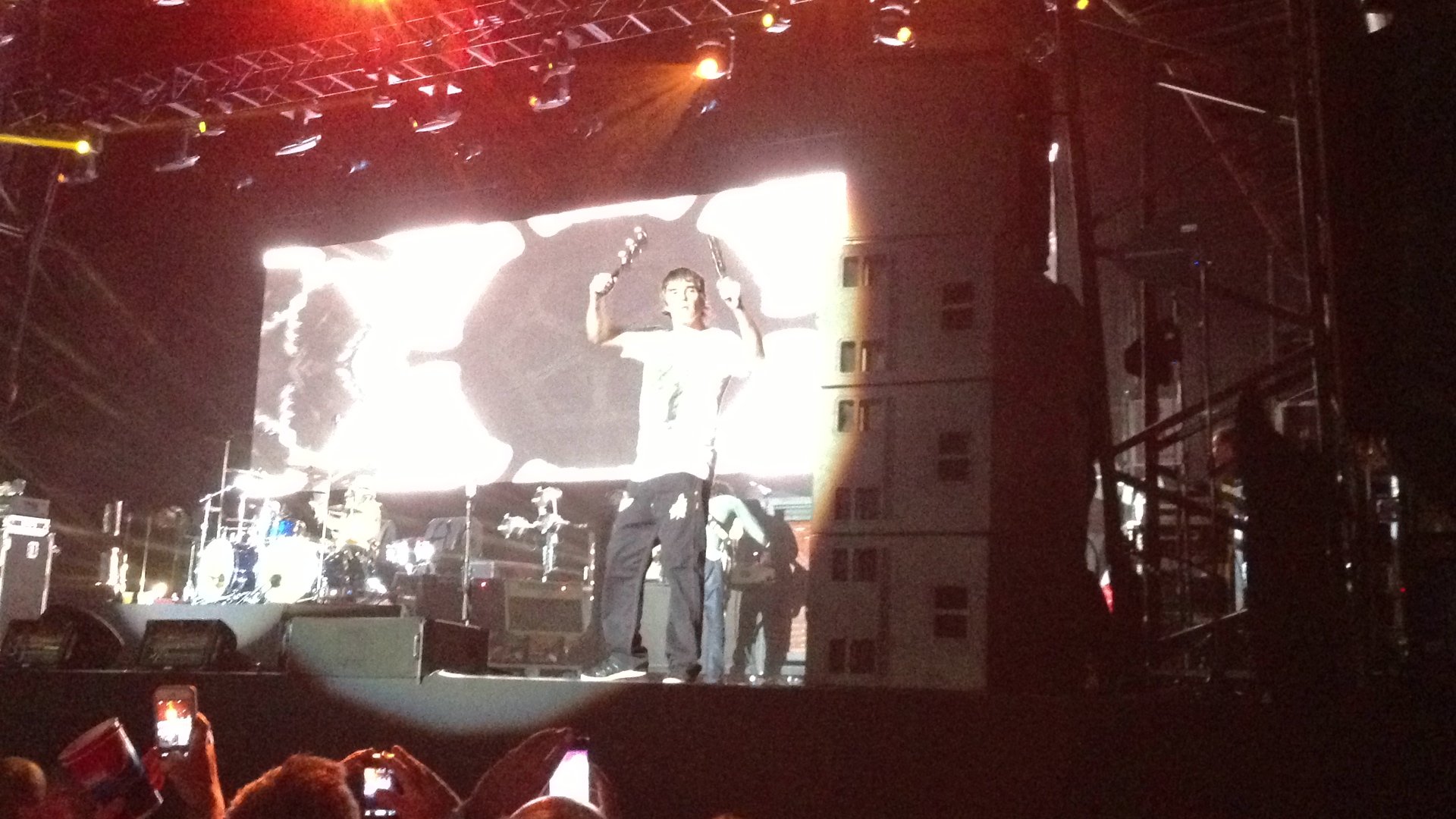