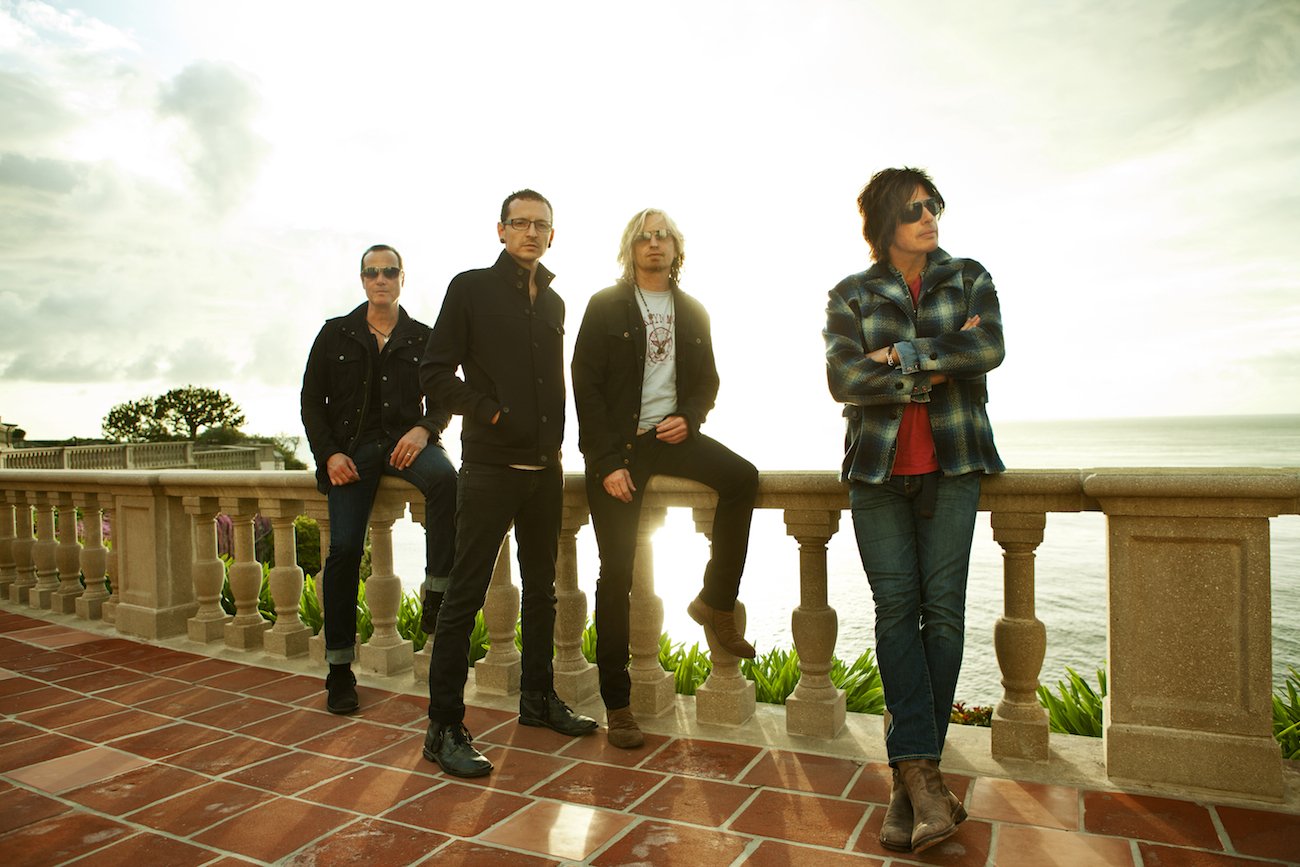 Stone Temple Pilots with Chester Bennington, this is the new name of the band after their separation with their historical singer Scott Weiland in 2013.

The separation was not the easiest thing to manage, Scott and the rest of the band had a lot of disagreements exactly twenty years after the initial release of their debut album CORE.

Chester Bennington was asked to join the band and to replace Weiland.

For the ones of you that don’t know who is Chester (we hope not so many 🙂 )…..  he is an American musician, singer-songwriter and actor.

He is best known as the leadvocalist of rock bands Linkin Park and Dead by Sunrise.

The 13th of February the band, as part of their worldwide tour, will perform at the Emirates Airline Dubai Jazz Festival.

It will be an unique occasion to see this newly formed super group….

The festival will run from 13th to 20th of February 2014 at Festival Park – Dubai Festival City. Visit www.dubaijazzfest.com for more information.

*For the shows of Jamie Cullum & Colbie Caillat on the 19th, the event is seated for the Middle Pit & Front Pit areas only

Admission to this event is free and open to the public.

Visit our Facebook page DubaiJazzFest and register online to get your e-tickets.