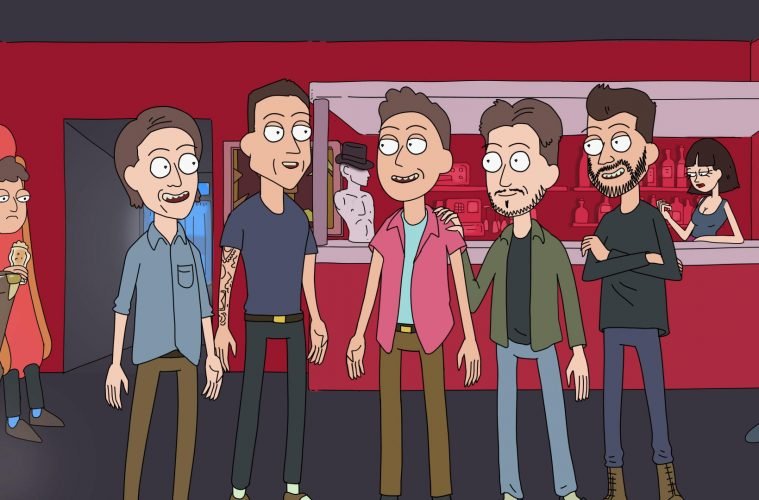 rockyourlyricsDecember 12, 20180 views
News0 views 02 min read
Following their sold out UK tour, including three nights at London’s Brixton Academy, You Me At Six have revealed their first ever animated lyric video for new single ‘Straight To My Head’, the third single from their new album ‘VI’ to be playlisted on BBC Radio 1.
Speaking of the inspirations behind the visual, director Peter Reeve explains,
“We’ve been long time fans of both You Me at Six and Rick and Morty, so when we had the chance to bring the two together we of course jumped at it! We had a lot of fun creating this and bringing together ideas from the band and using imagery from their back catalogue to create a crazy animation.”
Frontman Josh Franceschi says,
“We’re excited to share our first ever animated music video, and this is collectively our favourite song from the album. The video has some fun references in there to our other videos from this new album too – we hope our fans enjoy it.”
With highlights including ‘IOU’, ‘Back Again’ and ‘3AM’, VI has seen You Me At Six showcase a multi-dimensional evolution, replacing what was once distortion and big rock riffs for indie-pop prowess and a set of explosive new live favourites.
Since forming as teenagers in Weybridge, Surrey, You Me At Six have notched up a list of considerable achievements. Four UK Gold Records, five Top Ten albums in the UK including Number One album ‘Cavalier Youth’, three sold out arena shows, sold out UK headline arena tours, an unparalleled 15 consecutive A-List singles on BBC Radio One, multiple sold-out US headline tours, a Number One rock song in the UK & Australia and Top Five Rock Radio track in North America in ‘Room To Breathe’.
Having sold over 65,000 tickets in the UK this year, You Me At Six are undoubted heavyweights in the live arena. Their recent headline tour, dubbed “a force to be reckoned with” by Kerrang! was met with phenomenal demand, selling out four months in advance in just twenty minutes. 2019 will see You Me At Six take their live show to Europe and North America in support of ‘VI’.