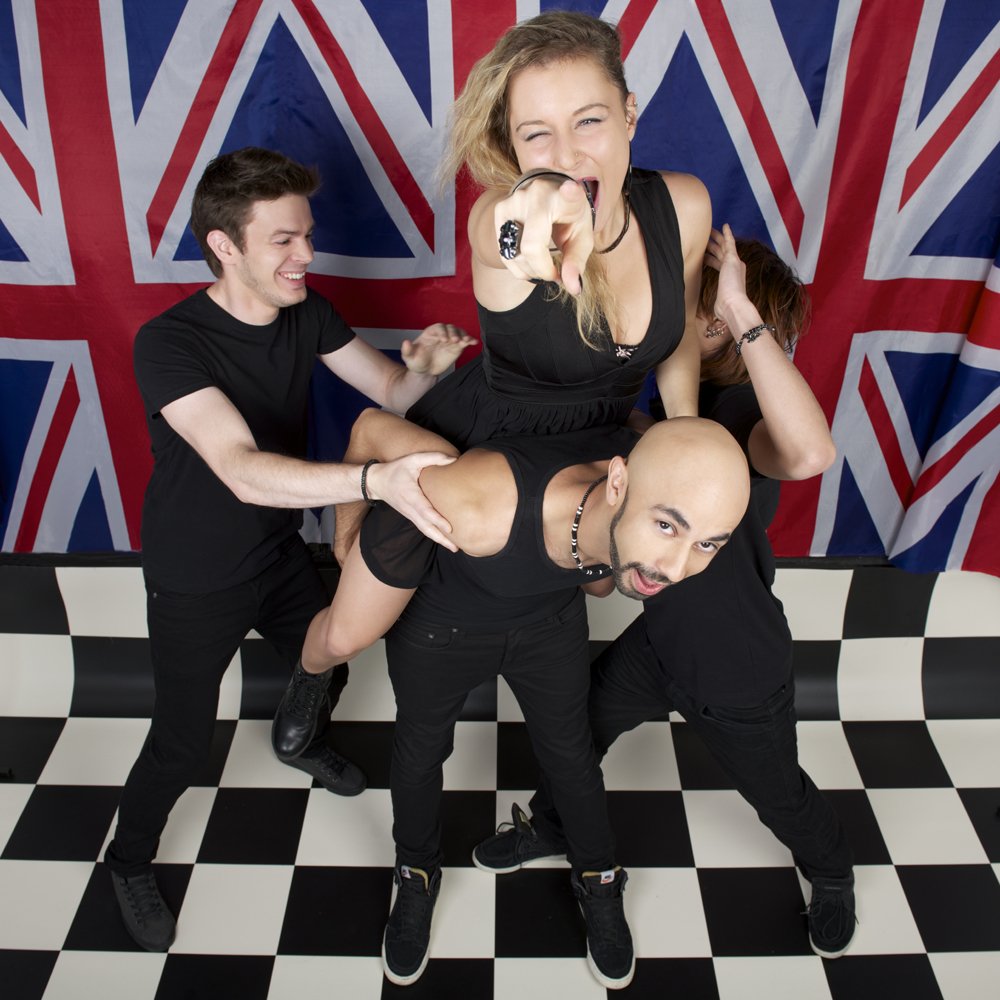 About few weeks from the release of their new album, we interviewed HEEL (http://www.heelband.com)….

Are you curious to know more about their lyrics? here is the interview…..

RYL: Your new album will be released at the end of the month, which emotions are running in to your bodies?

HEEL: Excitement, Elation, Relief and Anticipation.  We love these songs so we can’t wait to release them on the world and see how people vibe off them.  It’s the greatest experience you can have while not standing on a stage.

There’s always a little bit of nerves but so far the response has been incredible. 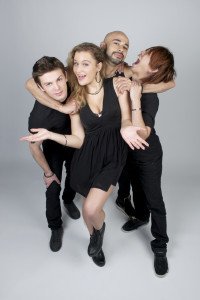 RYL: what “Stranger Just The Same” means, lyrically, for you?

HEEL: I think it encapsulates many of the experiences that have made us who we are today.  Relationships with the opposite sex, with family, and with ourselves.  If you go searching, the base of who we are as people is right there to be found.

RYL: Tell us about how you wrote strangers?

HEEL: Like many of our songs, it came out of a conversation between Dan and Maggie.  Dan was talking about a breakup he’d had where a long-term girlfriend told him she couldn’t deal with being an outsider in their relationship anymore.  Maggie had also been in that position where her boyfriend felt like she only showed him a part of who she really was.

We wrote the song from the point of view of the emotionally exhausted girl looking in at a scared, lost boy shrouding his fear behind aloofness and imploring him to open up.

The lyrics were written in an hour or two and we decided they had a melancholy, punky edge and wrote music to suit.

We wanted something hard but with a sweetness running through it.  We used a very dominant turnaround at the end of the verses to fit the resolute nature of the final lines.  We’re really happy as we feel the music reflects perfectly the range of emotions we put into the lyrics.

RYL: How is to play in front of Japanese crowds compared to the European or American?

HEEL: Everything is different in Japan!  We feel like as a crowd they show a much wider range of emotions.  We played Stranger on a freezing November night and it felt like summer.

If the song feels happy, you’ll see happy.  If the song is angry, their faces will wear that anger from the first note to the last.  It’s an amazing thing to experience from the stage.

It feels like a Japanese crowd has a much more cathartic experience watching a show.  Maybe it’s because the rest of their society is so much more formal.  Either way, it’s awesome!!!

HEEL: So tough to say.  We think it comes down those moments when you write a few lines so concise they sum up exactly what you wanted to say when you started.  Maybe the second verse of Stranger:

I’m in the whirlwind where’s the romance

I try to give but you keep stealing

or the second verse of Not You:

Is she losing you or just losing sleep

RYL: and the one of your favorite rock song?

HEEL: Wow dude, you know that’s like the hardest thing ever!  There are so many songs that we love.  Here’s a not-so-short-list of 10 that we narrowed it down to amongst us, and even this seems to miss out way too much!!!

Zeppelin – Since I’ve Been Loving You

(Note: It feels physically painful to stop there lol!)

RYL: It is difficult to write songs?

HEEL: Never.  We write all the time and it’s without question the thing we enjoy the most.  At first the vulnerability of being totally honest about yourself and your feelings so publicly can be daunting, but we don’t even consider that when we write.  We always feel like if we had the time and freedom we could write a new song every day.  It’s what we love and what we crave more than anything!

HEEL: We’re travelling from the South Coast to Scotland with a gig every night for 8 days.  It’s our first ever UK Tour so we’re totally ecstatic to be getting out there and playing to new people. Plus we’re all best mates so it’s an awesome excuse to hang out together and do what we love the most.

RYL: Our favorite song is “Perfect” did you remember the day you wrote it?

HEEL: Thanks guys!  We totally remember it.  We wrote it the same day as Not You.  They’re on two seperate EPs but twins in our minds 😉  It’s kind of about how love can turn us into a narcissistic mess when it goes wrong. It speaks to the anger you feel when you love someone so much that you cannot possibly believe they are even capable of reciprocating.

Where for them to even try would be an attack on the honesty and validity of what you feel.   It’s kind of an exaggerated view to show how relationships can have a way of turning in on themselves so that the harder you try the more violently they break.

HEEL: Hope. It was We’ll Fall Back in Love and it’s a song that means a lot to us.  We both wrote a couple of lines seperately, then when we sat down together we realised we were both writing about the same thing.  In contrast to Perfect, it’s about not wanting to hurt or be hurt anymore.

The sentiment is that even though everything is painful and we’re falling apart now, we fell in love before so let’s see if we can do it again. We’ve both felt misunderstood and abandoned in the past and this song is about not wanting to do that to someone else. We were so in tune at that moment the song almost wrote itself.

We didn’t think or discuss the lyrics too much.  We just let it happen.  We wrote a line, looked at it for a second, then wrote the next one. It was very fluid and I think that’s why it’s about as honest a song as we’ve ever written.  It’s kind of emotional for us to even write about it now!