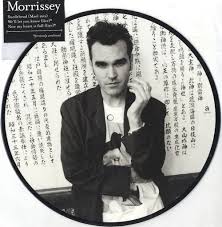 The title of this song of Morrissey is consider very controversial.

Do you know who SuedeHead were? It was a group of young people that was following the steps of the hardmod and early skinheads during the early seventies in London.

in 1988 Morrissey writes this song as his first single (from the album Viva Hate”) after the separation with his historical group : “The Smiths”.

The controversy started when the press was asking about the relation between this movement of late skinheads and the singer.

He, apparently, just said that there was no real connection between the lyrics and the title; he just loved the name suede head.

In fact, the lyrics are talking about a person that intruded in the life of the singer during one night; he might talk about a night visit to Morrissey that was unexpected and unwanted.

The song reached number 5 in the english chart.