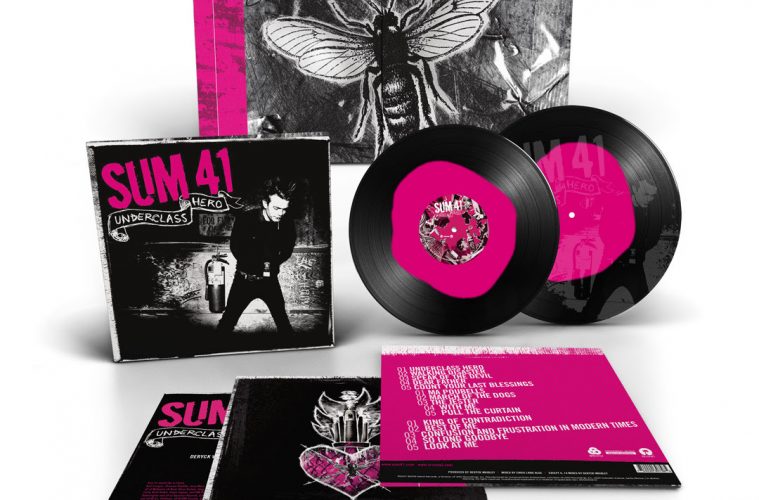 SRCvinyl is excited to announce Sum 41‘s “Underclass Hero” on vinyl for the first time ever! “Underclass Hero” will be given the full SRCHIFI treatment with a limited edition, audiophile-level pressing and premium packaging. The album was mastered for vinyl by Kevin Gray (Coherent Audio) and includes a D Side Etching. The album will be pressed on a custom colored vinyl, housed in a gatefold jacket and accompanied with an 11×22, 4 panel insert.

Available on vinyl for the first time ever!!
Gatefold Jacket with an 11 x 22 Insert
Mastered for vinyl and lacquers created by Kevin Gray, Coherent Audio.
Pressed on limited colored vinyl

‘Underclass Hero’ is the fourth studio album by Canadian rock band Sum 41. It is the first album by the band not to feature former guitarist Dave Baksh since he left a year early to focus on Brown Brigade, but has since returned.

It is also the first recorded as a trio. The album was first released July 18, 2007 in Japan. It was released under the Island Records label and distributed worldwide by Universal Records/Aquarius Records. The album cover features a photo with singer Deryck Whibley spitting. The lyrics have been described as more mature and personal than in some of the band’s previous records. It was written as a concept album focusing on Whibley’s outlook on life, covering subjects such as politics, atheism and family life. The album has more of a pop-punk sound in comparison to the alternative metal style of their previous album, ‘Chuck‘. 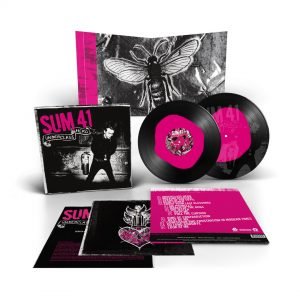