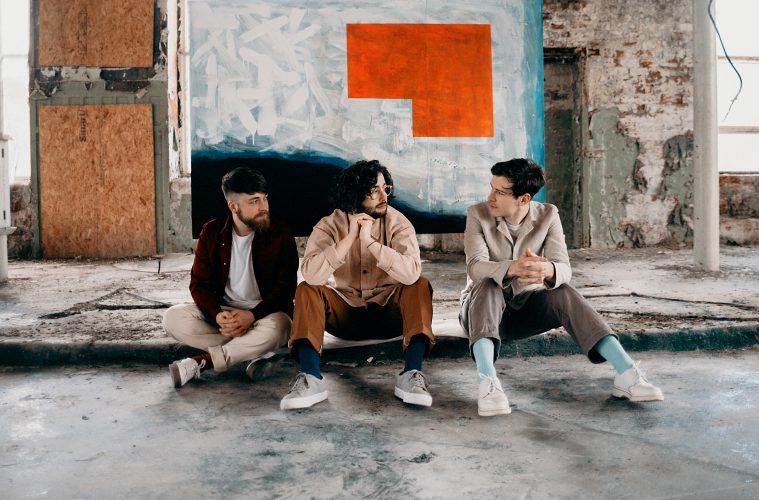 Sum Of All Your Parts – Interview with Fatherson

I usually write lyrics with a notepad and a piano/guitar. I’d be lost without voice memos on my phone. When I’m starting something, I try to do a 10/15 minute stream of consciousness, just making it up as I go along. I then listen back and see if there are any themes that arise a few times and try to dissect what that could mean. Then extrapolate that meaning and start to flesh it out. I’ve tried blackout poetry to get started a few times and it’s pretty cool for coming up with melodies and rhythms because the words usually have different syllables than I would naturally go to, which makes the whole thing more interesting.

I think the most important thing in songwriting is space. Knowing what not to say and knowing when not to play is the art to me as it allows the listener to make their own interpretation of what you mean. It also creates a sense of longing if it’s done properly, like an unfinished melody that stays with you because it’s not quite right. Bon Iver does loads of that, for example in ‘Creature Fear’ when he introduces the chorus as a melody in the intro and it’s never back in the same way, though you can hear it when you think about the song – it’s genius!

I think everyone who writes anything that’s going to be read or heard has a fair amount of trepidation about it initially. After a while you end up with your own way of coding things and you know where your limits lie. In the past I think I’ve been a little too guarded and this time on ‘Sum of All Your Parts’ I just kind of let go of that anxiety. Hopefully I still managed to characterise the stories with lovely imagery and metaphor but to be honest, I’m just telling the truth and sometimes things are tough.

On our first album there’s a song called “Foreign Waters” and it’s about losing a glass elephant that was a holiday present for someone who was Ill back home.  When I landed I got a phone call telling me that they had passed while I was flying home and then realized that I had lost the elephant too which was called Rosie.

“Rosie take me home, the alphabet is wrong and I’ve started changing shape”

Who knew the fate of a glass elephant would be a mirror for what was happening back home.

What inspired “Making Waves,” from your upcoming new album “Sum Of All Your Parts”?

I met a girl, classic, and then left for a month to open for the band, Augustines. The song is basically about hoping she’d still be interested when I got home and me trying to make sure she would be. Touch wood it’s all still going great and that was 2 years ago!

Similar to “Making Waves”, but really sort of thanking her for putting up with me when I get all broody and preoccupied with making music. I can be a bit of a nightmare and disappear for a bit when I’m trying to make something but she’s a great sounding post and can snap me out of it when she’s sees I need a break!

Do you remember the day you wrote “Reflection”?

Yeah I do, it was a Saturday night and I was in the studio by myself. We had built a couple of rooms in a studio in an old telecoms building in Ibrox, Glasgow and I loved it. We would spend like 4 days a week there writing and demoing songs for this album and it really shaped the record. This night in particular however I had been having one of those days at home where you’re trying to relax but nothings working so I went out on my bike and sort of just ended up at the studio. The building was pretty dark and creepy so no one really spent much time there alone. Plus it was only us in the whole building, which on one hand was great because there was no-one to complain about the noise we were making, but it also had a no-one can hear you scream kind of vibe to it which sort of permeated your psyche when you were alone. The melodic idea had been a kalimba part on a demo for the second album the never made the cut, but it was like 4 times as fast. So that evening when I got to the piano I slowed it down and started building chords around it, then I’d been thinking about a party I’d been at years before and I was feeling guilty that I hadn’t called my grandparents in a while so those two scenarios kind of melded together and reflection was born.

It’s maybe able to be summed up as that feeling of looking at yourself in the mirror when you’re pretty messed up and having that conversation with yourself where you ask yourself “what the fuck are you doing?”. Which is different for everyone I guess, but the lyric “I start to think about Ray” is about my grandfather and also about Ray Lamontagne, like what would they say about me right now. So that night I got the first verse written and I was so proud of the ending lyric “When we talk about last night, I see my own reflection in the words you say” I still think it’s maybe the coolest thing I’ve ever said!

The best moment of my career is when we sold out the Barrowlands in Glasgow because it was pretty much my one bucket list thing to do with music and it happened on our second album.

The most difficult one has been losing external members to “real jobs” which happened a few times over the last few years. Although you love these people and you’re happy for them to enter another stage of their life, it’s kind of like replacing a limb every 18 months.

For the rest of 2018 we are going to be touring the UK and Europe. The album comes out worldwide on September 14th and we’ll be pretty much just annoying the internet and playing loudly everywhere that will have us to the next few years!