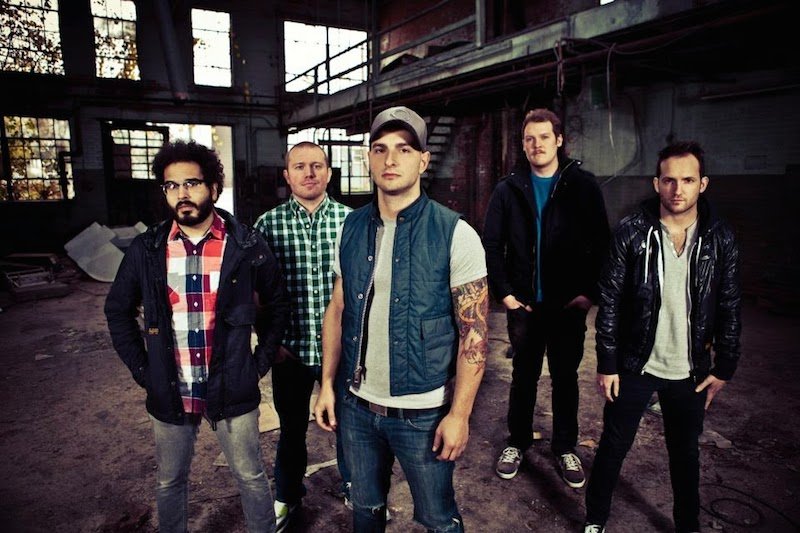 RYL: tell us everything about your new album “SUMMER BONES” just released! What it means for you, lyrically speaking?

HIT THE LIGHTS: It just came out March 24th, it’s probably our heaviest, riffiest, poppiest work to date and the lyrics in it general I think it’s a record about recognizing your flaws and strengths, making peace with them as you try to grow as a person.

RYL: What inspired “Fucked Up Kids”?

HIT THE LIGHTS: Fucked Up kids’ is inspired by the fear older generations tend to have of a younger generation that they can’t understand or relate to,” says vocalist Nick Thompson. “That same younger generation recycles that fear onto the next and causes these ideological rifts between us.

We end up with this weird tug-of-war with each generation claiming the world as their own.  In the end, we’re more alike than we know.

It’s dedicated to Rochester, New York for all the great times and amazing people it’s given us.

RYL:  Do you remember how the lyrics of “Blasphemy, Myself and I” have been written?

HIT THE LIGHTS: I’d had the idea for the song for the last 3 years, but couldn’t really find the music to fit it.

Omar brought in the riffs for the song and it just all fell into place.

It’s basically a song about how I get a rush from saying terrible things or laughing at terrible situations, and while it’s a poor coping mechanism and gets me into trouble, I would rather go out laughing than brood over the more negative aspects of life.

HIT THE LIGHTS: It varies. More than not it starts out with a guitar riff and goes from there.

Usually I’ll have a line or concept in the back of my head for a while, and eventually it works it’s way out when I find inspiration in other things.

RYL: what is the meaning behind the verses of “No Filter”?

HIT THE LIGHTS: “No Filter” is the thought process of a person picking up the pieces in the aftermath of a failed relationship.

Breakups can bring out the absolute worst in people who genuinely used to care about each other. It’s during those dark times you can really get a glimpse of who someone is.

It’s a song about convincing yourself why you should get over someone.

RYL: which is your favorite song (lyrically speaking)?

HIT THE LIGHTS: Probably “Sitter” or “Blaspemy, myself and I” and “Summer Bones”

RYL:  How do you see your music evolving in the next years?

HIT THE LIGHTS: I think the riffs are going to getting gnarlier and the vocals more aggressive.  We’ll being taking a heavier approach.

HIT THE LIGHTS: The last song I wrote is called “Talk About Me” and it will be out soon under a side project I have called Thief Club

RYL: tell us about your upcoming tour projects…

HIT THE LIGHTS: Two weeks out with our boys in Cartel, then we’re out for a month with Chunk No Captain Chunk, should be a great time, make sure you come out!