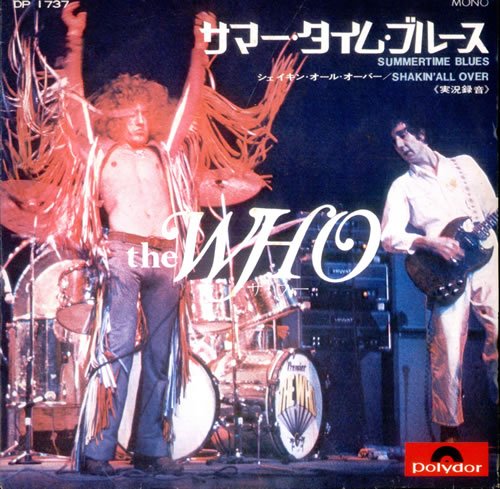 Most of you will not remember Eddie Cochran, one of the first rock and roll singer that,unfortunately for all of us, he died quite young at the age of 22.

We are in the late fifties and Eddie sings, in pure rockabilly style, the story of the young generations; among its successes are Something Else,twenty flight rock, C’mon everybody and the song of today……..Summertime Blues of 1958.

It was so successful that the most famous bands in the rock and roll history made cover of his songs:  The Beach Boys, The Beatles,Led Zeppelin, The White Stripes, Stray Cats, and the Who.

Almost ten years later, in 1967, after the Monterrey Music Festival The Who released their live version.

The song is clearly talking about the problems of his generation that had no money, no hope, no social life and no political importance.

He is asking himself what he will have to do…but at the end there is no cure…….for summertime blues!