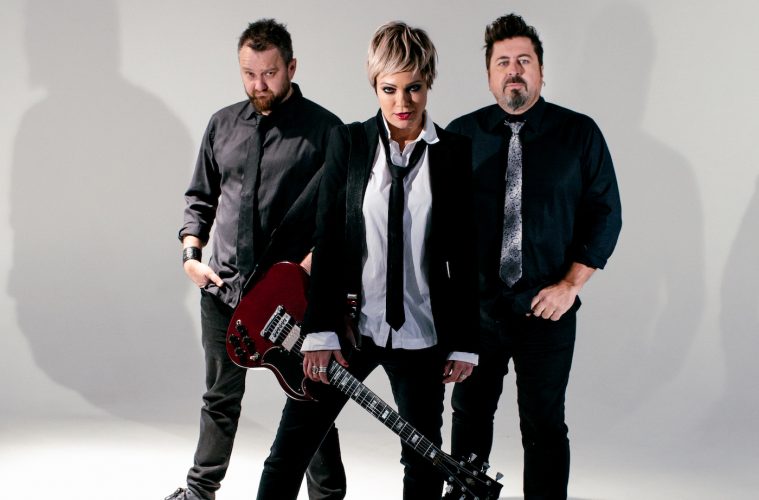 Sumo – Interview with Sarah McLeod and Stuart Rudd – The Superjesus

Twenty years on from their platinum selling album Sumo hitting number two on the ARIA Chart (and with a few ARIA Awards in the trophy cabinet), The Superjesus are back with an anniversary edition of their celebrated 1998 debut, set for release on August 17.  As well as seeing the original album reissued on vinyl, the CD edition of Sumo – 20th Anniversary features bonus material sourced from triple j’s Live At The Wireless archive, as well as a never before heard studio recording: a Superjesus cover of Kylie Minogue’s Confide In Me.  Supported by Triple M and New World Artists, The Superjesus will be hitting the road with an epic stack of gig dates in the second half of 2018 – fans had better get ready to get Down Again to the sounds of Adelaide’s finest ‘90s alternative rock band!

Sarah McLeod’s answers to some of our songwriting questions:

I usually start with a hook. I spend most of my time working on the chorus before I even think about a verse. Then I work backwards to make the story works. For the chorus, I focus on finding a lyrical hook that is the crux of the song then I piece it together in reverse. I always think of songwriting like a puzzle that no one gave you the final picture for. Like someone tipped the box of pieces on the table with no reference shot to follow and you have to sit there and click the little squares together bit by bit until you find a bit of a theme and a flow. It’s not easy but it’s really rewarding.

The song must be memorable, that is by far the most important thing to strive for. If you hear a song and you’ve forgotten it the minute the next song comes on then it’s not a good song. You’ve gotta find that thing that makes it memorable, whether it’s a vocal hook, a guitar or piano hook, even a drum hook, every good song has something about it that you can recite on command, that’s the hook. The ever-dangling carrot that keeps us songwriters on the edge of our chair because you never know when or where it’s gonna strike…. like lightening.

Yeah for sure, I always write very ambiguously because of such insecurities. Every now and then something deep from the heart comes out and I think to myself, ‘ I don’t know man, do you really want people knowing this about you? Do you perhaps wanna consider flipping this to the third person for protection?’ There is still a lot I keep to myself, I am learning to open up but it’s a fine line. I wanna create great art but I also don’t want that to be at the sacrifice of my own privacy.

We live in a castle and we love like no tomorrow,

What inspired “Down Again“, part of “SUMO” album?

Down Again was about the struggles that Chris Tennent (original TSJ guitarist) and myself went through in our very fiery relationship.

Again this song was a reaction to the struggles of our inter band dynamic. It was all encompassing in my world and I wrote about it a lot. Most of the record really!

Do you remember the day you wrote “Milk”?

No idea 🙂 It all blends in to one, I feel like all I ever did was write!

On the few occasions I have written a lyric or two, usually it’s after the music has been completed, and I will run sounds and vowels in order to fit the music.

I think the most important thing about songwriting is have a melody the will suit the feel of the song. Sometimes it can also be totally different, and sound great.

I have never had to worry really about what anybody may think. The lyrics that we have in our songs can mean something different to each person.

“If it makes you sick, if it takes all night, it if don’t quite fit the piece of your mind, it’ll happen in time“

What inspired “Down Again“, part of “SUMO” album?

“Down Again” was such an aggressive, brooding riff at the start that when the band kicks in, it’s driven to full steam ahead sonic wise. Inspired by the wall of sound of Kyuss, Smashing Pumpkins.

Again “Ashes” was a tune written around the aggressive nature of the band at the time.

Do you remember the day you wrote “Milk”?

The day Milk was written, we were touring Australia at the time, and we were all in 1 apartment because we couldn’t afford separate accommodation. We were on the top floor of this building, in the middle of an Australian summer and we had no air conditioner. It was brutal, it was hot, and  the guys were playing the riff over and over trying to fit the song together. Definitely something I’ll never forget. The next morning, we were up at 4.30 am to get ready for Recovery in the morning.

One of the best moments of our career would be receiving awards for our music. Being acknowledged by your peers after all the hard work that has gone into working the band, is something else. Low point would be taking a break that lasted nearly 10 years!

We have a 20 year anniversary Tour scheduled around Australia for our SUMO album, which starts on the 29th of Sept. through ‘til November, then we will spend what’s left of the year gaining focus for the start of 2019, and hopefully write some tunes along the way. We are all keen!

Please answer the first thing that comes to your mind: