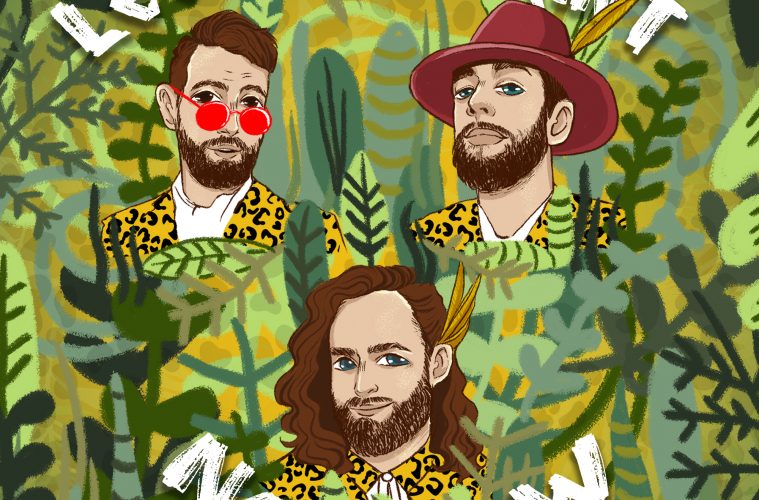 Superbird – A peacock inspired music sensation hosted by Joe, Alex & Freddy; a lustrous funk rock power-trio on a mission to re-energize the world in a mischievous fashion.

Join Superbird as they unleash their unique flavour of high-octane funk rock encapsulated in the form of their hot new release, ‘Leopard Print No-Show’. A strident spectacle of quirky magnificence clocking in at just two and a half minutes! Stream & dance to it HERE.

Famed for their witty comments and humorous interactions with fans across social media, Superbird took heavy inspiration from a fan after the title and concept of ‘Leopard Print No-Show’ was suggested to them: a song about being ghosted by your leopard print cladded let down of a friend! Something all party goers can relate to.

After quickly attaining the attention of Radio 1 DJ Sara Cox, the band’s debut single ‘Cola Bottle Fizz’ became the theme tune for ITV’s ‘The Sara Cox Show’ culminating in a live performance, exploding the band across the UK. Superbird have made multiple TV appearances on This Morning, Lorraine, GMB & London Live. The band were also invited by BBC Introducing to record a live session at London’s legendary BBC Maida Vale Studios and have performed at SXSW hosted by the British Music Embassy.

A band for the people, Superbird welcomes you with wings wide open to their ‘Super Flock!’