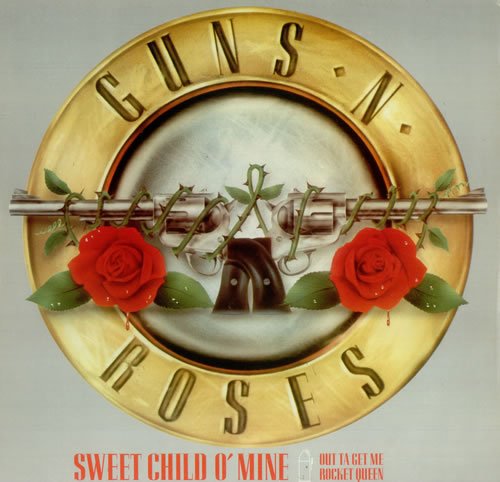 Sweet Child Of Mine

In our last posts we already described two hits made by the band from Los Angeles:

Today we are going to talk about another success “Sweet Child Of Mine”,third single extracted by the album Appetite for Destruction of 1987.

The song was created  during a jam session in studio; Slash started to play a riff of guitar as a joke for the drummer Steven Adler ….Izzy and Duff listened to it and asked Slash to play it again.

Soon they added the bass guitar the drums and the music started to take shape.

Axl was staying on his apartment that was located above the recording area and he decided to start writing lyrics following the melody.

The song will be then dedicated to his girlfriend of that time Erin Everly (former actress and model),

The video has quite a lot of success , but something happened….the solo of Slash was cut for almost one minute……the band members were completely furious about it…… even Axl complained with Rolling Stone about it.

Well, we hope you will enjoy the video of the solo of Slash we have taken this summer during the Milan Gods of Metal…..