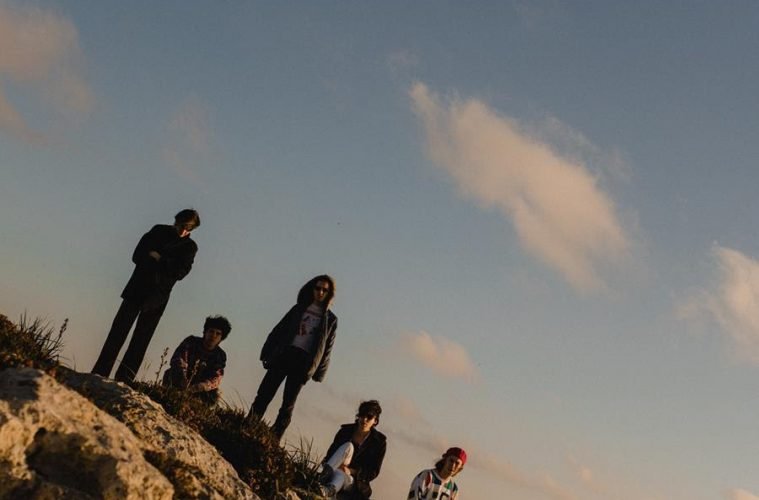 SWIM DEEP herald their return sharing ‘To Feel Good’ and announcing details of their new album ‘Emerald Classics’, on their newly formed label imprint Pop Committee through Cooking Vinyl on October 4th, 2019 across all formats.

Following the release of 2015’s album ‘Mothers‘ and a US tour with The 1975, the band embarked on a self-induced hiatus to take stock – four years and two albums had taken their dreams and good looks and offered them everything in return – An everything that never quite materialised. Personnel changes, friendships revived, relationships requited sees the original axis of Austin and Cav return together with a steely confidence and a collection of their most fully-fledged pop songs yet.

The first taste of this new relationship is the gospel infused and spoken word of album opener ‘To Feel Good‘ – Featuring Margate’s Social Singing choir, the track’s a big statement and an even bigger song that transcends the group’s intrinsic feel good factor and DIY ethos of the early days through to the synth-pop strains of ‘Mothers‘. Evoking a dose of self-loathing in the shape of a particularly dark but wonderfully shot video, ‘To Feel Good‘ opens another chapter in what thus far has been a life-affirming roller-coaster of reality, struggle and proof that you can keep going.

Recorded on the South East Kent coast over a three week period late last summer with Dave McCracken presiding over production duties – who has worked with everyone from Ian Brown to Beyoncé and proceeded to meld the pop sensibility of their debut and the burned out psychedelia of their second – as Austin recognises; “He’s a very vital part of this record. Maybe the most vital.”  ‘Emerald Classics‘ – an album for dreamers and pub jukeboxes.

Having previously announced a run of 0121 Desire hometown shows in Birmingham, now sold out, the band will be announcing further UK shows very shortly.