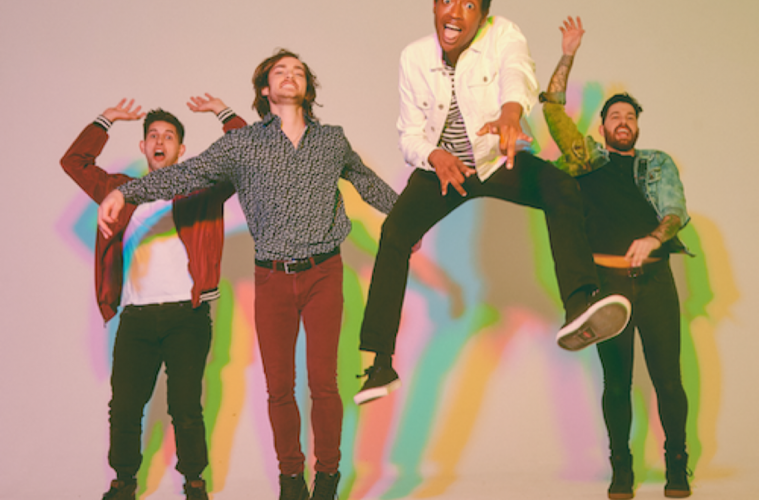 Swimming With Bears release new single – ‘Don’t Think About It’

Pop n Roll, Austin based four-piece, Swimming with Bears, are thrilled to announce their new self-titled EP, to be released on September 13th via Cinematic Music Group/Bear Creek Records. To celebrate they have released the first single, “Don’t Think About It” is out now.

The band says, “‘Don’t Think About It’ is definitely our feel good head banger that makes you want to stomp your feet and pump your arms. We just wanted to capture that feeling of being a kid in a bedroom, rocking out to your favorite song, and secretly wanting to show it off to the world. You know…  that moment when the tennis racket you are strumming becomes a real guitar.”

On their new self-titled EP, Swimming With Bears deliver a batch of five songs that showcase the next chapter as a band: truth and escapism. But beneath the vulnerability and personal lyrics are upbeat and fun tracks that everyone can relate to.  It marks a period of major growth for Swimming With Bears, who spent the better part of the last year honing their craft in the writing room as well as on tour, highlighted by press. In bringing the new EP to life, they worked closely with producer Ryan Hadlock (produced for Lumineers, Vance Joy, Brandi Carlile), immersing themselves in a more thorough recording process than they ever attempted before.

Ryan says, “Swimming With Bears inspired me with great pop hooks and authentic rock vibes. A REAL band which is rare in the current musical climate, with a front man you just have to see live.”

“Don’t Think About It” is out everywhere at: https://swb.ffm.to/dtai