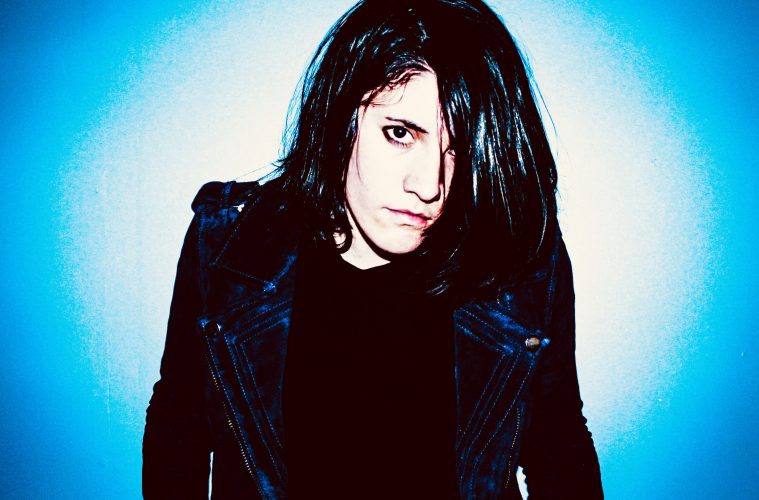 My lyrics always start off as poems or from a line I’ll get in my head throughout the day. I usually write about true life events and anything I’m going through at the time. Mostly it’s from my own perspective, but I have written some songs from somebody else’s perspective, like a friend or someone I know.  I tend to write about situations that I want to change, or don’t know how to change. It’s a form of therapy for me. I’ve always felt better about making hard decisions or going through hard times if I’m able to turn it into something beautiful that resonates with a lot of people.

The most important thing in songwriting to me, is honesty. When a songwriter is honest, you can feel it. There’s nothing to hide behind, there aren’t any complex metaphors, just the words that might be hard to say. Usually when I’ve written something that has been hard for me to express through speaking or other outlets, it might feel embarrassing or vulnerable, but those songs are always the ones that people resonate with the most and that I feel most proud of.

I have definitely second guessed certain lines of songs of mine that get too personal that I wasn’t ready to share. When I was in the early stages of writing songs, I was terrified of letting people in too far. I ended up trying to cover over certain words or meanings but then I never felt good about it and cringed every time I heard it back. I’m a very private person, so songs can definitely feel a little vulnerable sometimes, but at the end of the day I want to open up more and relate to people, and express the things that are difficult so it helps both me and the listener through. I have found that even when I am being blatant in my songs about something, someone can have a whole other interpretation of it that I didn’t see before, and that’s the beauty of song-writing.

I’m really proud of the line “Life me up, I’ll lift you, it’s so simple why’s it difficult to do?” from my song “You Lost You.” Every time I sing it I feel it, and I still wonder the same thing. I wrote that at a time when I was going through some issues with friends and not feeling very on the same page. When I got that line out I felt like that’s what I was feeling all along and it’s so simple. It holds a lot of meaning in its simplicity, and kinda feels like an a-ha moment in the song.

Shatter was inspired from a few different things. Originally I had the line “Shatter, then gather yourself, you’re looking for what’s already found.” That came to me sometime in college when I felt like I was looking for something that was in some great beyond, and I felt like everyone else was too. I felt like I wasn’t as whole as I could be, and needed to fix some things, so it’s about facing yourself and rebuilding from a hard dose of reality. I wasn’t treating myself kindly and I needed to learn self-care. The “broken mirror” line (“My mirrors broken, took too long for me to notice, my fear has spoken, everyday just taking my time for everyone else.”) is a direct reflection (ha) of what I felt at the time. I had felt like I wasn’t aligned with the right things, and that I wasn’t attracting the right things. In that way it’s a metaphor, in the other, it represents an intense self-scrutiny and the covering up of that. It represents hitting a rock bottom and picking yourself back up and not taking any crap from anyone. It also deals with certain aspects of people I knew around that time, friends who weren’t really friends, and how people can’t expect to get what they don’t put out into the universe. This was my own interpretation of re-adjusting what I myself was putting out energy-wise.

I wrote the song Two Weeks sitting at a bar in Brooklyn. I had time to kill before my gig that night and I just started playing an F open chord on wrong frets, and it sounded nice. I got the melody and then I can’t remember when the words came but it all sort of flooded out when I decided I was going to quit my 9-5 job to pursue music without a backup plan. I was working at a record store and I had put my two weeks in with the intention of never going back, and it was pretty terrifying. I had a lot of stability and that job was a big part of it, but I believed in my music so much that I was opening up to the universe to catch me and trusting that it would all work out.
This song deals with prioritizing my music over all other things and diving into that abyss of that “oh my God” feeling.

Do you remember the day you wrote “One Day”?

Vividly! I woke up at a friend’s house feeling ashamed about how I had spent the night, a little too irresponsibly and I wasn’t feeling great. I went home and immediately wrote down what I was thinking on the drive home. I felt like I had no idols or friends to look up to, and I was extremely uninspired at the way I had been acting and the people I was surrounded by. I had to make a decision to cut that out of my life and look beyond it. The line, “One day is gone, one day is here, and I can’t sit still and watch this world pass me by” came from that feeling of wasting my day and my night being irresponsible when I have so much to do and so much to work on that felt like a way higher energy. I didn’t want to do that to myself again, and I wanted to stay positive that all these ups and downs are leading to something better and more fulfilling.

Among all the lyrics and verses of your songs, is there one that has a special meaning for you?

In the song “You Lost You,” the very first lyrics, “Light me a fire to spit in, I could really use a wish I would wish you back, wish you luck, wish you all you expected in the first place” always mean a lot to me when I sing them. I think because I felt like when I wrote them I hit the nail on the head with how I was feeling. I wrote it when I was down about a somewhat break-up situation and I was sitting with my neighbor having a campfire in his backyard and he said “spit in the fire, it’s good luck!” I had never heard that before but I thought the words sounded cool together and in that moment I really felt like I needed some luck.

I will be doing some talks at the Union Square Apple Store with Vanessa Silberman about being a Touring DIY Artist and how to do things in a grassroots way.
These will be taking place 11/18, 12/11, and 1/20. I’ll be performing after each talk, and I’ll be doing some west coast mini-tours with my band as well as a month-long acoustic tour from late February to late March up and down the west coast and mountain area. I’m currently working on a solo acoustic EP, set to release in 2019, as well as some more full-band Cure-Alls songs!