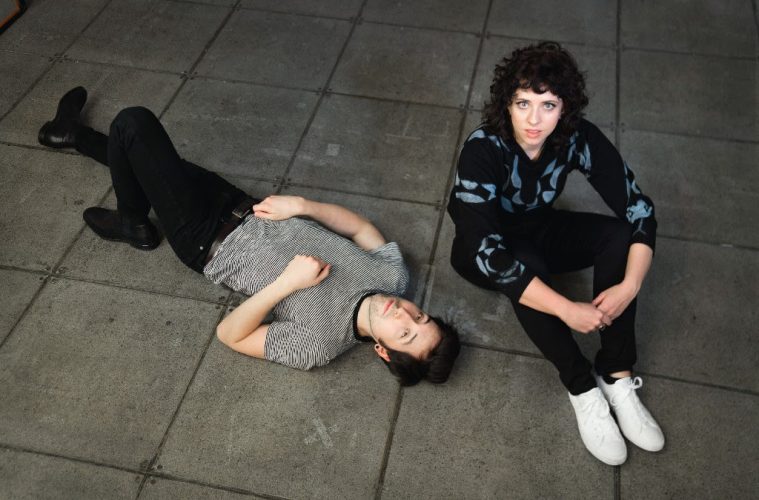 Let’s talk about your new album Tangle, released one week ago, is there a link/something that connects all the lyrics of the album?

It’s definitely about how we get hurt by the things we love. Che has a really great way of describing it. She says a tangle is both a fight and an embrace. I think that’s the perfect way to describe the whole album.

The funny thing is that I never worry about how strangers will interpret our lyrics or the experiences we’re sharing–other than maybe being misunderstood. It’s always with close friends and family that I worry there is going to be some concern. We don’t write a lot of “happy” songs, haha.


What has your journey in the music industry been like up to now?
We’ve pretty much done everything on our own so far. I mean, we’ve worked with close friends for recording, but as far as releasing music we’ve been pretty do-it-yourself.

At least for me, my parents listened to a lot of records at home and we were constantly listening to the “oldies” station in the car. My dad really loved Roy Orbison and Simon & Garfunkel, so I did as well. My mother was a big fan of The Beatles and made sure my brother and I watched A Hard Day’s Night and Help so we’d know what it was like to be a part of Beatlemania back in the 1960s.

I don’t think I remember the first record I ever bought. It was probably something silly, like Weird Al Yankovic. I definitely bought of bunch of ska records when I was in middle-school though.

My favorites change so often, so this is kind of hard to decide. I keep going back to “My Wrecking Ball” by Ryan Adams and I think it is a perfectly sad and powerful story about feeling alone and lost and the power that another person’s presence can be on tearing down those fears and anxieties.

Jaws started with some lyrics I wrote about feeling suffocated by my apartment. I just remember being really overwhelmed at the time by the city and all the people I was constantly surrounded by, so when I also started to feel trapped in the place I was meant to feel safe, I needed an outlet for that anxiety.

Do you remember the day you wrote “Wicked”?

Speaking of not writing a lot of “happy” songs, we actually approached Wicked with the intention of writing an explicitly positive tune for the EP. Wicked was the last song we worked on and it started by dissecting an older song that Che had written about her first experiences living in Brooklyn. The lyrics changed a lot and it became a song about the excitement of meeting someone new.
What inspired “Standard”?
The lyrics to that song belong a lot more to Che than to me, but it is about all these unreasonable expectations that women get saddled with professionally. When you’re a women in music, men are always questioning your “qualifications” to make sure you meet their standards of being deserving–all while expecting that you be young, and beautiful, and friendly. That same kind of pressure isn’t put on men if they want to be successful, and we think that’s a bullshit double standard.

What is the best show you ever played?
We just played our EP release show on Saturday at Alphaville in Brooklyn and it was probably my favorite show we’ve played so far. Great bands, great friends, and a really engaged audience.

We’ll continue to play in Brooklyn and are hoping to get out and play for more people outside of New York as well. We’re also ready to start writing more new music!