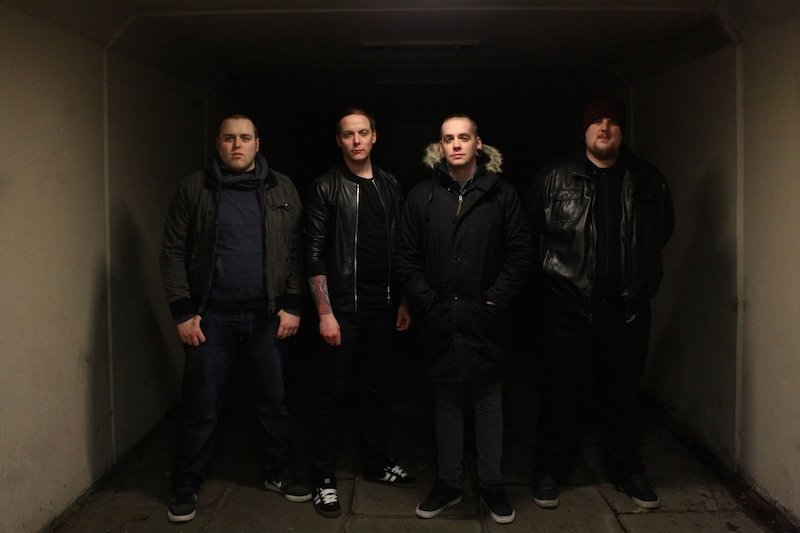 RYL: tell us everything about your new album “Tension & Resolution” that will be released end of may! What it means for you, lyrically speaking?

Masamune: Jack Johnson (drums): “Tension and resolution is a term used in music to describe how most music progresses from the intro, the tension building up to the release of a chorus or solo and how it resolves and ends.”

Neil Anthony (vocals): “It can relate to almost everything in everyday life. We all have things that cause tension and sometimes they get resolved. For us, writing lyrics about these situations is a resolution in itself.”

James Wallace (bass): “We have tried different things lyrically from having repetition for hooks but also having the lyrics quite mysterious at the same time to make them interesting to listen to.”

Steve Kane (guitar): “All our lyrics have some sort of story behind them. The lyrics mean something to us but we like for people to listen our music and make their own interpretations about what the lyrics mean.”

RYL: What inspired the verses of “Run & Hide”?

Masamune: SK: “The story behind them is about giving in to a temptation that’s bigger than you can handle and then having to deal with the consequences.”

Masamune: SK: “A common inspiration for me is being able to put a story or a scenario to certain life events that we’ve gone through and giving it a purpose and a theme tune.”

RYL: Do you remember how the lyrics of “House of Mirrors” have been written?

Masamune: JW: “I remember us being in our practice room one night and we got on talking about people telling lies. This was one of those songs where we wrote the lyrics in half an hour or something because it’s something we felt strongly about.

Once we had the melody to the music the lyrics just came naturally. It was as if the song was waiting to be wrote. It’s great when that happens because nothing ever feels forced and it’s honest.”

Masamune: JJ: “Usually, we’ll have the music already written and a song structure sorted and then piece the lyrics over the top. We’ll come up with a theme for the song and then one of us will go away and come back next rehearsal session with the lyrics.

We’ll then edit bits we might not like and change a few things around until we’re all happy with the finished product.”

RYL: what is the meaning behind the verses of “Ghosts”?

RYL: which is your favorite song (lyrically speaking)?

Masamune: NA: “My favourite lyrics are in the song The Bloodlines. The song itself means so much to me personally.

I’ve been through a lot in my life and when I really needed help the most it was my friends who were there for me. The song is about family not needing to be blood and having the people I’ve chose to be in my life standing beside me.”

RYL: How has your song writing evolved across the years?

Masamune: JJ: “On this next release we seem to be getting quite personal in our lyrics. Previously, we’ve stuck to themes and concepts that we’ve thought would be a good topic to write about but a lot of the songs from Tension & Resolution seem to be about personal experiences.

But we’re already writing new songs and created concepts again so, not a lot of evolution there!”

Masamune: JW: “The last song we have wrote is a song called “Judge, Jury, Executioner”.

It isn’t even recorded yet but we will be playing it live at our upcoming gigs. Without giving too much away it is a made up scenario about a futuristic judicial system. It’s actually a good idea for a film but we don’t have a lot of money so it’ll have to be a song.”

RYL: Which is the best show you played so far? Where you will play this summer?

Masamune: JJ: “Our best gigs were during our first tour at the end of last year in Hull and Newcastle. Hull was great because it was our first gig outside of the North East and the crowd reaction was great with people moshing and stuff. Newcastle was special too because it was the last gig on the tour and it was great coming home to our lovely fans who were the first to believe in us and we’ll never forget that.

NA: “As far as this summer goes we don’t really have anything confirmed 100% yet. But, we’ve got a few shows lined up in May to promote the EP (Newcastle, Manchester & Hull) and at the back end of the year we’re going to play some more shows and do a more extensive tour like we did last year.”