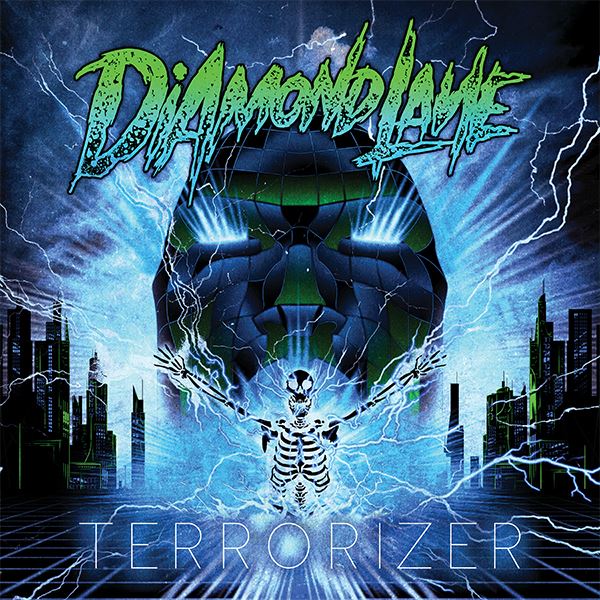 RYL: Great news! This summer you are going to play at Rocklahoma !! How are you preparing this gig?

DIAMOND LANE: www.diamondlanerocks.com This is very exciting news indeed! Everyone in the DL camp is beyond stoked at the opportunity to present ourselves on this massive platform.

We are not preparing for this specific gig any differently than we normally would —- lots of behind the scenes woodshed work, practice and continually challenging ourselves to be the absolute best.

RYL: Your last album is titled “Terrorizer”…. What did you achieve with its release? Which was the main issue you encountered while recording?

DIAMOND LANE: “Terrorizer” opened a lot of doors for us both stateside and internationally.

I feel like we were able to raise the benchmark for our own albums and spread our music to new territories and audiences we never had the opportunity to explore in the past.

As far as issues during its’ creation? It was actually a very smooth, electric and rewarding process! We are amped to get back into the studio and start chipping away at the follow up!

DIAMOND LANE: I wouldn’t say there is as much of a “theme” as there is a need to draw from our personal experiences. Life has a gambit of highs and lows, so we just try to write what we’re feeling at those moments in time.

Anything is fair game.

DIAMOND LANE: Wow….that’s a tough one! I’d say that the words in “The Enemy” are very cathartic and have a nice edge to them!

DIAMOND LANE: Lyrics come in all shapes and forms….no two songs are written the exact same way. Sometimes the lyrics just come out of nowhere.

In those instances, I generally can’t even write the words out of my brain fast enough, while other times they are more thought provoking and meticulously crafted.

That’s what is so fascinating to me — the fact that the words and ideas are all around us in our everyday lives.

RYL: Do you remember the day you wrote “Cheating Death”?

DIAMOND LANE: Not specifically….I do recall that the bulk of the tracks from “Terrorizer” were crafted over just a couple of really inspired days. The riffs and music for “Cheating Death” just came together so easily….it’s a great song to play live!

RYL: what inspired the lyrics of “Life to Lose”? is there a message you want to communicate with it?

DIAMOND LANE: There was not a specific message, but I felt compelled to reframe a story my brother had shared, and similar experiences we’ve encountered in our time.

It’s essentially about a person who is a few inches over the line, pushing your buttons and really challenging your wherewithal.

RYL: Where did you play for the first time? How was it?

Our first show as a 5-piece monster was in 2009 at the Viper Room when we first relocated to Los Angeles. It was a full house and a total rush to set the blueprint for the years to come.

RYL: Tell us everything about “The Enemy”?

DIAMOND LANE: This opening track is a fireball! Not only is it an excellent song to play in the live setting, but the way it came together was really special.

When we first started recording the album, literally on day one, we were mulling around the studio and I could faintly hear an awesome riff emanating from the other room.

I walked down the hall to see Frankie picking away on an acoustic guitar and Jarret playing some complementary chords underneath.

After poking around with some ideas for a few moments, we all uprooted into the main recording room, everyone strapped in and we just started jamming.

The song came together really, really fast. This was the first song written for “Terrorizer”, and will most certainly be a staple in the live set for years to come.

RYL: What is needed to write a successful song?

DIAMOND LANE: Honesty. Finding your own truth. Chasing trends or jumping on a bandwagon is a perfect recipe for failure.

The only way to really showcase yourself and put together something true is to look within and do what FEELS right.