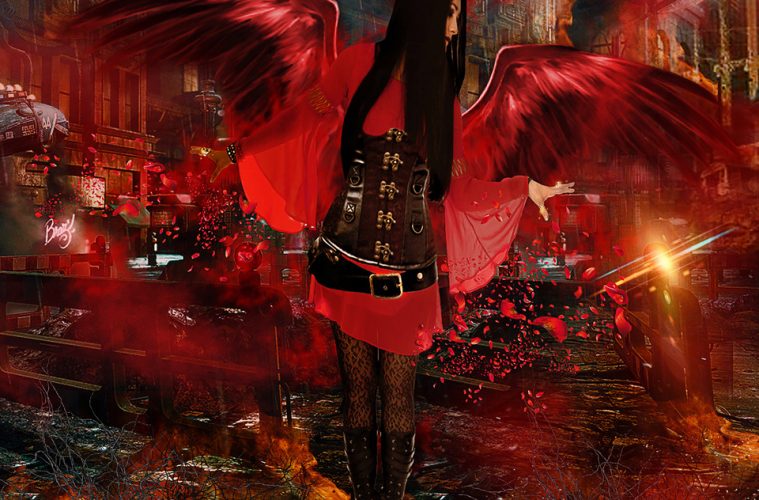 The Agony of Affliction – Interview with Eric Gynan – Leaving Eden

Since I feel lyrics are one of the most important aspects of a song, I’m very interested in this interview.  So, I usually get into a meditative state of mind connecting with the universe and all the energy out there. I then listen and let the lyrics flow. I may also have something on my mind or I might hear something that triggers some lyrics.

I think the lyrics are paramount next to the melodies and music.  Lyrics are so important and it’s what grabs people right away. Connecting with people.

Not really scared but I get it. Especially today where the freedom of speech is being put to the test. I personally think anyone should be able to say whatever they choose so long as no one is getting physically hurt, period. Ya know, sticks and stones can break my bones but names will NEVER hurt me? I say grow up. Now there’s comedians that said stuff 10 years ago in some comedy skit being persecuted. It makes no sense to me. All that seems to do is stifle rhetoric for fear of public outcry which is dangerous because it’s what is spoken that sparks creativity and thought and if folks are afraid to speak their minds, there lies the saddest form of oppression. Oh no, I’ve said too much lol!!

‘As I’m tied to my senses, buried beneath the waves, hidden from delusion, through the darkest days.‘ ~ ‘Eroding Away‘, Leaving Eden.

What inspired “Shame Disgrace” part of your latest album/EP “The Agony of Affliction”?

“Shame Disgrace” off our latest album “The Agony of Affliction” was inspired by events from the past leading up to current events that seem to repeat themselves through time. The song I guess serves as a warning.

Do you remember the day you wrote “Pacing Dogs”?

Yes, I do remember the day. ‘Pacing Dogs‘ was written many years ago.  It was never released until now. I was writing an album and this was probably a 12 hour day and throughout the day I would occasionally look up and out the window. I noticed these two dogs that were in a fairly large cage maybe 8 x 8‘. I’m sure the homeowner thought “Well this is a great pen for my dogs while I’m away at work to be outside”. I don’t personally believe in caging animals. Anyhow, these dogs, every time I would look out the window would be pacing back and forth all day into the night and I guess it made me a little sad.

I guess most of our songs represent some sort of struggle. Even our song ‘Pothead‘ which is kind of a funny song still has a struggle within it.  Smoking too much weed all the time might not be the best thing. “I’m a pothead I’m a pothead it’s infecting my brain it’s driving me insane.“

We were recording with our good friend Johnny K. Johnny is a Grammy award winning engineer with credits such as Disturbed, Finger 11, 3 Doors Down, Staind, Mega Death, Plain white T’s, Pop Evil, Sevendust, Adelitas Way. This one is actually about Eve, our lead vocalist. We got the license to record ‘Jailbreak’ by Thin Lizzy. It was a last-minute decision on the song and we flew in from Arizona to Boston to Chicago to Johnny’s studio. I say this because Eve did not really have a lot of time to study the song. Really to me it was one of the funniest things, but not so much for Eve at the time. She now looks back on it and laughs. Anyways she was singing the song and Johnny wasn’t too happy with the performance and he said something to the effect of “I’m going to have to throw some assless chaps on you and send you around the world so you can grow some balls“. I laughed my balls off (pun intended) but she was almost in tears. Let’s just say she eventually nailed it.

We have just released our newest album “The Agony of Affliction” released by Dark Star Records/Sony/Universal Music Group. The title track will be in Massimiliano Cerchi’s movie ‘Lockdown‘ starring Michael Pare (‘The Philadelphia Experiment,’ ‘Eddie and the Cruisers’).

We are excited about this new album not only because of the production value but the entire album will also be featured in a new fake reality comedy movie titled “The Nitwit” (https://thenitwitmovie.com)

Originally I had written this movie script loosely based on real life events with the intention of having Leaving Eden’s music throughout the movie and procuring other pros to make the movie. Where Leaving Eden has been involved with having our music placed in different movies and TV series this simply made sense. While in Iowa after wrapping up on a shoot I sat down with Ray Van Blarcom and Matt Moody “production crew” over a scotch and threw the script down on the table. They started reading it, thought it was hilarious so we decided let’s make the movie. For me being the director of several music videos it was a very simple transition to direct The Nitwit. Finally, I was intrigued by Matt Moody’s experience not only in production but as an actor. Ironically Matt fit the leading role as The Nitwit perfectly then he also brought in Jordan Smith as his costar and the rest is history. We expect the movie to be released in 2020 by SGL Entertainment.

We’ve recorded our last couple albums right here in Leaving Eden’s recording studio. Once we’ve recorded everything, I do the first mix and then send it out for final mix and mastering. Last two albums went out to Grammy award winning engineer Bob St John (Steven Tyler, Extreme, Collective soul, Duran Duran). Our next album being recorded in 2019/released 2020 will be going out to our good friend Grammy award winning engineer Johnny K. (Disturbed, Finger 11, 3 Doors Down, Staind, Mega Death, Plain white T’s, Pop Evil, Sevendust, Adelitas Way) and Grammy award winning Mastering Engineer Brad Blackwood (Maroon 5, Sevendust, Dave Mathews, Fuel, Lamb of God, Adelitas way). They both did our out of the ashes album and other recordings.

For more info on leaving Eden you can find everything you need at: https://leavingeden.com

Leaving Eden is myself, Eric Gynan on guitars and vocals, “Eve”on lead vocals, Alyssa White on keyboards and vocals, Jake Gynan on drums and David Amato on bass and vocals.