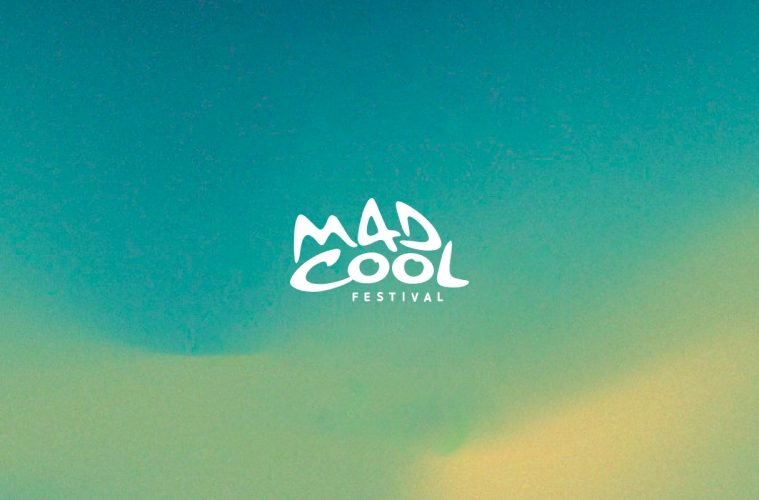 The Chemical Brothers, Iggy Pop, Robyn and Disclosure, on the line up at Mad Cool 2019

Mad Cool Festival does not lower its guard! The Chemical Brothers, Iggy Pop, Robyn, Disclosure, Years & Years, Vince Staples or Sharon Van Etten, among other bands, join, in a third wave, the Poster of the next 11, 12 and 13 of July, in a decided bet of Mad Cool Festival by names with capital letters, but also by the discovery of new international talents.

Mad Cool Festival returns to vindicate its place and its bet is another tsunami of bands: 23 more groups with which to fulfill the desires of the fans to the good music in one of the musical calls more awaited of the year. 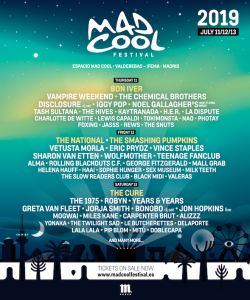 The poster of Mad Cool 2019 is reinforced by the presence of The Chemical Brothers – or what is the same Tom Rowlands and Ed Simons – who have just announced their ninth studio album for 2019 and the Swedish singer and songwriter Robyn whose latest work , ‘Honey‘, has been considered one of the discs of the year by the specialized press. In addition we will have the presence of Iggy Pop, living legend of punk and fundamental reference for each and every one of the bands of the history of the genre.

On the other hand the British Years & Years, which have made a great leap with their latest album “Palo Santo” and the ubiquitous duo of house Disclosure (in Dj set format) are added to the poster, reinforcing the electronic section with the Swedish producer and DJ – Eric Prydz.

We will also have international stars such as Vince Staples, one of the most outstanding rappers of the current hip hop scene and the singer and composer Sharon Van Etten or the British Miles Kane (very popular thanks to his project The Last Shadow Puppets with Alex Turner); all of them with new jobs under his arm. Special mention also deserves the very young H.E.R., already considered a contemporary R&B teacher, her debut album has five nominations for the 2019 Grammys.

In addition to The Chemical Brothers, Disclosure and Eric Prydz, the Mad Cool Festival 2019 electronic bet continues to grow with the additions of George Fitzgerald, the Belgian production company Charlotte de Witte, the Korean-born American TOKiMONSTA, the London DJ HAAi or the Spanish settler in Berlin JASSS.

Beyond strict electronics we find proposals like the British Nao, which explores all the urban genres of your country (UK garage, grime, 2step or dancehall) or the eclecticism of YONAKA, the band of Theresa Jarvis, whose sound goes from the exuberance of garage rock, even the heaviest rhythms inspired by hip hop.

From the other side of the Atlantic, Mexicans based in El Paso (Texas) Le Butcherettes will arrive, in equal parts, brain poetry, artistic assault and punk cacophony, and Colombians MITÚ, Julián Salazar‘s psychedelic techno project (Bomba Estéreo) next to the percussionist Franklin Tejedor. And directly from Madrid, the Italoespañola band Delaporte bets on an electronic sound with elements of funk, soul, R&B and jazz.

BET FOR A NEW ROCK

Finally, three bets of Rock’n’Roll of different nature and origin. Lala Lala, project of the guitarist and composer Lillie West, invoices a delicate and intimate indie-rock, while Valeras seem destined to write the next chapter of UK guitar music. Something very similar to what the DobleCapa duo are doing from the neighborhood of Humanes in Madrid with their incendiary proposal.

A total of 23 new additions that are added to names like The Cure, Bon Iver, The National, The Smashing Pumpkins, Noel Gallagher or Vetusta Morla.

We remind you that you can get your tickets for Mad Cool Festival 2019 by clicking here.