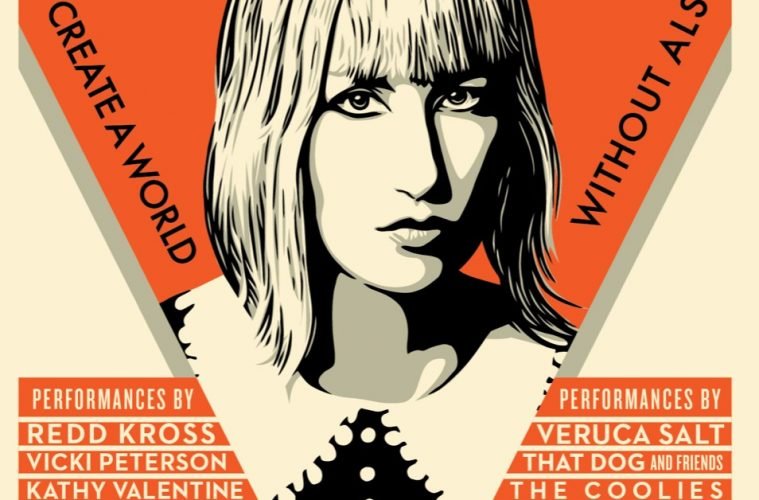 The Coolies, a female punk supergroup comprised of the late Kim Shattuck (frontwoman of The Muffs and longtime bassist of The Pandoras), Melanie Vammen (also of The Pandoras and formerly of The Muffs) and Palmyra Delran (solo artist and The Friggs guitarist), will perform live for the first time at the ALS Benefit Concert to celebrate their bandmate’s life on Sunday, March 15th at El Rey Theatre in Los Angeles. They will be joined on stage by Annette Zininskas (The Bangles) and Roy McDonald (The Muffs) to play tracks from the group’s recently released six-song benefit EP, ‘Uh Oh It’s… The Coolies.’ Tickets are on sale now (PRESS HERE to purchase) and all proceeds will be donated to The ALS Association Golden West Chapter, whose mission is to discover treatments and a cure for ALS, and to serve, advocate for, and empower people affected by ALS to live their lives to the fullest. 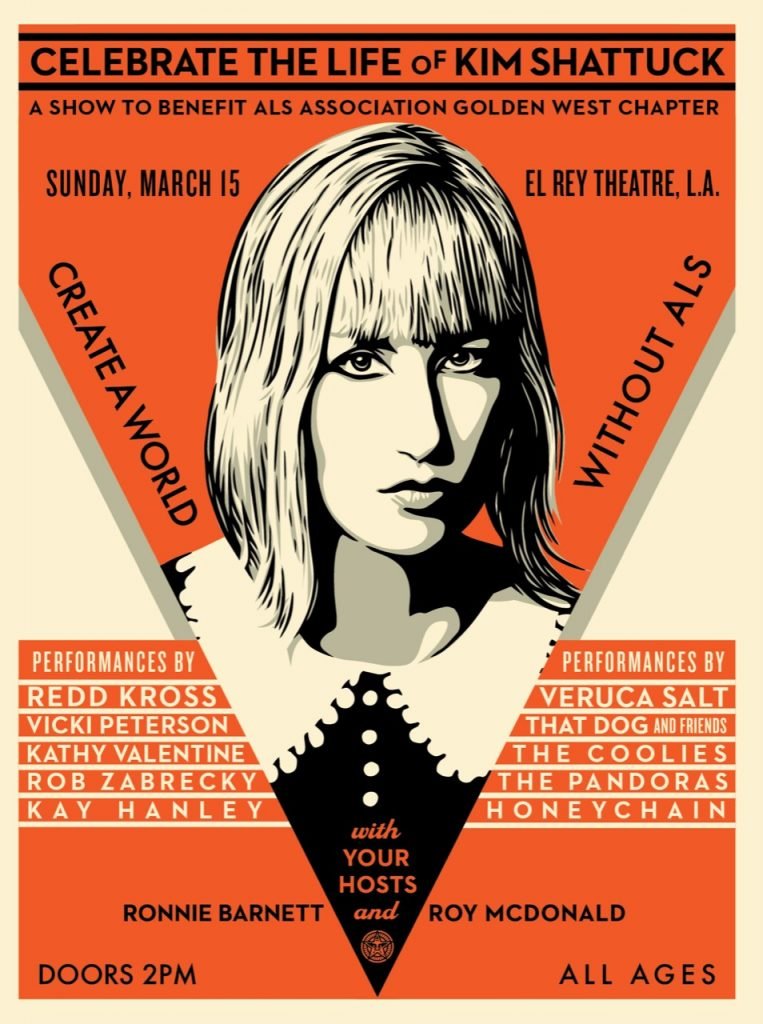 The benefit concert begins at 3PM and will be hosted by Kim’s longtime bandmates The Muffs’ Ronnie Barnett and Roy McDonald, who will also be performing, along with Redd Kross, Vicki Peterson, Kathy Valentine, Rob Zabrecky, Veruca Salt, That Dog (and friends), The Pandoras, Kay Hanley, honeychain, and other surprise performances throughout the show.

Kim, known throughout the pop-punk community for her fierce creative spirit, passed away on October 2, 2019, due to complications with ALS. Without ever disclosing that she was suffering from the horrific disease, Kim remained committed to spreading awareness about ALS up until the end. To honor her legacy, family and friends have come together to raise money to fund research and find a cure for the disease, and continue Kim’s life mission of creating a world without ALS. 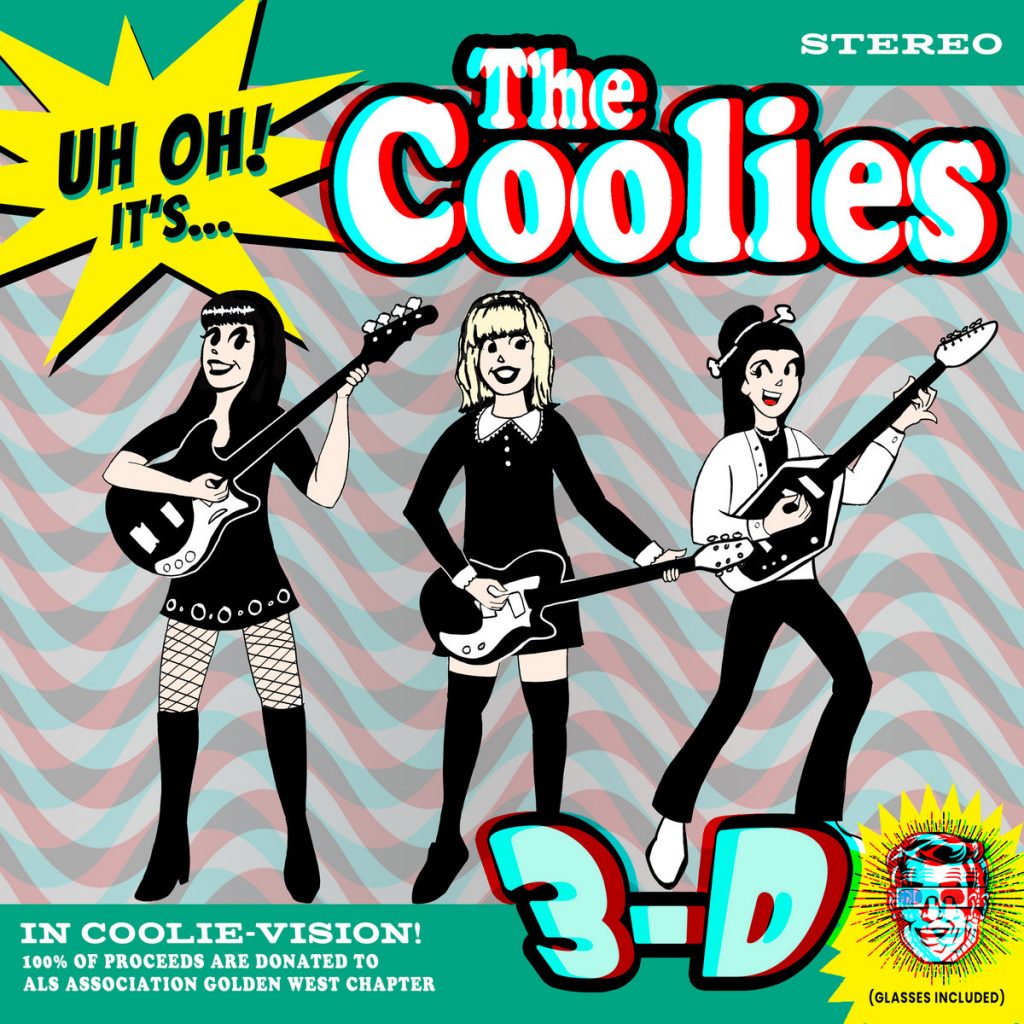 The Coolies released their debut benefit EP last summer, which included some of Kim’s last recordings, all written by Kim in her sarcastic, yet jubilant tone. PRESS HERE to order the digital record and PRESS HERE to listen. The record went on to sell out three vinyl pressings and raised over $15,000 for ALS research. Generously backed by Little Steven Van Zandt and his label Wicked Cool Records, 100% of proceeds were donated to The ALS Associate Golden West Chapter in memory of Kim.

Kim Shattuck and Melanie Vammen played together in Hollywood garage rock staples The Pandoras from the mid-’80s to 1990. Soon after, they formed another L.A.-based band, The Muffs, releasing their self-titled debut album on Warner Brothers in 1993. As noted critic Jim DeRogatis wrote, “You’d have to reach all the way back to Blondie’s Plastic Letters to find punkish power pop this endearing.”

It was on a Pandoras tour in 1986 that Kim and Melanie first met New Jersey native Palmyra Delran. Palmyra went on to play guitar in girl punk band The Friggs for the duration of the 1990s, opening shows for legends like Ramones and Cheap Trick. When she’s not writing, recording, or touring, Delran brings the rock to the people as host of Palmyra’s Trash-Pop Shindig in Little Steven’s Underground Garage channel on SiriusXM and delivers a rebellious range of sweet surf sounds, rambunctious rock n’ roll and everything in between.

Our mission is to discover treatments and cures for ALS, and to serve, advocate for, and empower people affected by ALS to live their lives to the fullest. Our vision is to create a world without ALS. The Golden West Chapter serves people with ALS and their families in 31 counties throughout California and in the state of Hawaii. For more information about The ALS Association Golden West Chapter, please visit us at www.alsagoldenwest.org or email us at info@alsagoldenwest.org.