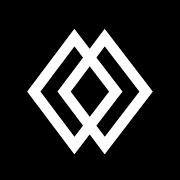 rockyourlyricsApril 4, 20180 views
News0 views 04 min read
The critically accalimed U.K. two-piece The Diamond Lights released their latest single, the hard riffing “Rome”, on March 30th 2018 along with an accompanying three-track EP and video with cover art designed by the London-based artist Rob Richardson.
Taken from the band’s debut album, “Twin City”, the video for “Rome” was shot in an abandoned military facility on the south coast of England as an imagined post-apocalyptic survival film and features an unscripted appearance by a local curious fox that ended up playing a screen-stealing role in the video.
Talking about the video’s concept, the director Will Hutchinson says: “Somewhere in amongst the rubble hides the answer that the seeker is looking for, a clue left behind by the 1st survivors.
The burned out bunker might just hold the key he seeks, there are signs, marks of the clan. But the enemy is always watching and time is running out for the seeker. No foxes were hurt during the making of this film.”
Taken from the band’s debut album, ‘Twin City’, which was produced by Olly Betts & Luke Ford from The Duke Spirit and mixed by Charlie Russell (Alt-J / Kasabian / Madonna), the three-track “Rome” EP includes the original album version, a Ministry-style remix by Nightranger (aka Noah Harmon of The Airborne Toxic Event, Dhani Harrison & The Saint James Society), and a rare live “bootleg” version of the song recorded in London, England at The Hoxton Bar And Kitchen.
Describing the concept behind the track, the band’s drummer and driving force, Glenn Fryatt, says:
“The song is about the expectations people have of you as well as the expectations you feel forced to put upon yourself in everyday life.
‘When in Rome’ being the phrase that sums that up. It’s all a pretty dark mental battle but by the end of the song you’ve broken the mould and just do what the f*ck you want.”
EP Pre-Sale starts March 1st 2018 with the full EP release available worldwide for download and streaming across all digital platofrms on Friday March 30th 2018.
The band is currently planning on making its North American live debut in late 2018 with a full tour of the US, Canada and Mexico – dates TBD. The band’s debut album, “Twin City”, is out now worldwide.
EP TRACKLISTING
THE DIAMOND LIGHTS – Rome EP (Crystal Twin Records)
1.     Rome (Original Album Version)
2.     Rome (Nightranger Ministry Remix)
3.     Rome (Recorded Live In London, England)
BAND MEMBERS
Chris LP (Guitar, Vocals)
Glenn Fryatt (Drums, Backing Vocals)
Social Links:
facebook.com/thediamondlights
instagram.com/thediamondlights/
thediamondlights.bandcamp.com
twitter.com/diamondlights_
soundcloud.com/thediamondlights
youtube.com/thediamondlights