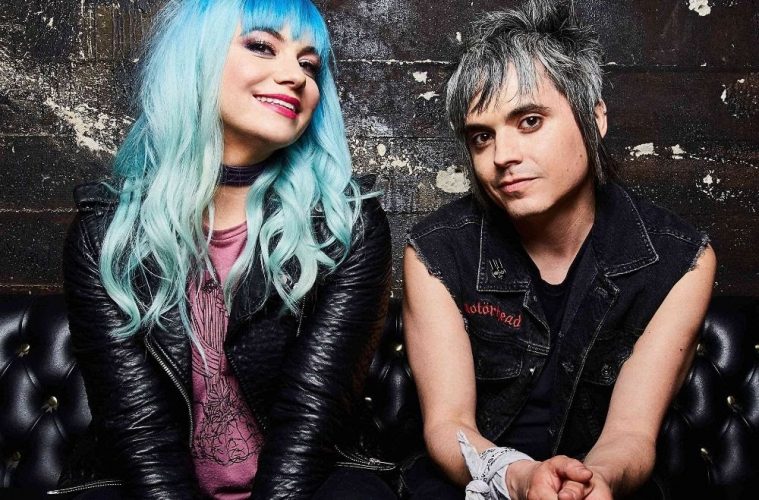 The Dollyrots Are Having A Daydream Explosion! New Album Lands July 12th On Wicked Cool Records

The Dollyrots are back! Following on from the huge success of their US breakout album, 2017’s ‘Whiplash Splash‘, Luis and Kelly are bringing a brand new album your way in the shape of ‘Daydream Explosion‘! The album will be landing in ears across the UK, the US and beyond on the 12th of July 2019 through Wicked Cool Records.

‘Daydream Explosion‘ is available to pre-order right now, along with some super cool merch bundles, check out all the different options at their pre-order store.

Well known for being a very successful DIY band, the release of ‘Daydream Explosion‘ is the first time The Dollyrots have worked with a label since their days working with Joan Jett’s Blackheart Records in the mid-late 00’s. It’s a decision not taken lightly, but one both label and band seem delighted with. With ‘Daydream Explosion‘, Wicked Cool founder Stevie Van Zandt has said “Their songwriting has reached a consistent level of greatness“. From the band’s perspective, guitarist Luis Cabezas said their outlook was simple – “We have an incredibly loyal and supportive fan base that enables us to keep making records, but we feel this album is special. If we want to reach more people, it makes sense to partner with something bigger than ourselves.”

The album has also turned out to be one that was particularly inspired by some tough times in the band’s home life, as their vocalist and bass-slinger Kelly explains:

“It threw us for a loop in December when my dad passed away [of complications from heart disease and a type of dementia]. We had just a handful of songs written. But we managed to keep our kids happy through the holidays, and then every night we’d go into our studio and write. Somehow we wrote the best group of songs of our career in those few weeks.”

The first single from ‘Daydream Explosion‘ is the typically frenetic ‘Everything’. Full of the hooks and positivity one would hope for from a lead single from a new Dollyrots album, ‘Everything‘ delivers all of this and more in spades.

Full of the fast-paced melodic Punk tunes that are The Dollyrots’ trademark, ‘Daydream Explosion‘ bursts out of the gate with the one-two punch of “Animal” and aforementioned lead single “Everything.” Follow-up single “In Your Face” is a mid-tempo rocker with a wallop of a chorus, while stylistic variations are all over this collection of 14 brand-new songs written by Kelly and Luis (one co-written with producer John Fields). “Watching The Storm Go By” is a ’60s girl-group homage so spot-on it includes a spoken interlude worthy of The Shangri-Las, while the lounge vibes on the verses of “Flippy In My Red Dress” are balanced sweetly by the revved up chorus. Album closer “Daisy’s Song” is an affectionate ode to Kelly and Luis’ now two-and-a-half-year-old daughter.

The album is their sixth with longtime collaborator John Fields, also known for his work with Jimmy Eat World, All Time Low, and Busted. “John Fields is our George Martin,” says Kelly. “He’s pretty much our bandmate that doesn’t tour.”

‘Daydream Explosion‘’s striking cover art is a pastiche of illustrations on a pastel background, all framing the outline of a skeleton image from the shoulders up. “After performing a private acoustic house party earlier this year, we were on our way home to our kids and got into a car accident,” Kelly recalls. “We got X-rays, and the image was just so cool we posted it on Instagram. Lots of fans suggested we use the image for the album cover, and we listened.” 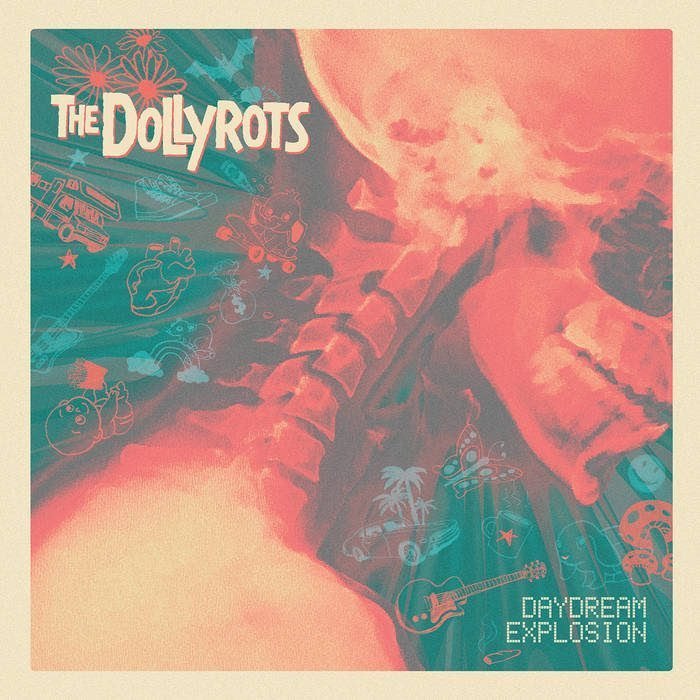 “At the core of this,” Luis says, “we are a married couple with two kids and a small business that we need to keep afloat. That business also happens to be artistic, which can be a reach. So these days, we try to find those moments where we can create and tap into that indescribable thing that helps us create music. It was a tough year for us and I think the album creation was cathartic. And in the end, it resulted in our best album yet.” Kelly further sums it up: “This is the album of our dreams.”

The Dollyrots have an extensive Summer of live US dates planned. For full information on those, please visit www.thedollyrots.com.