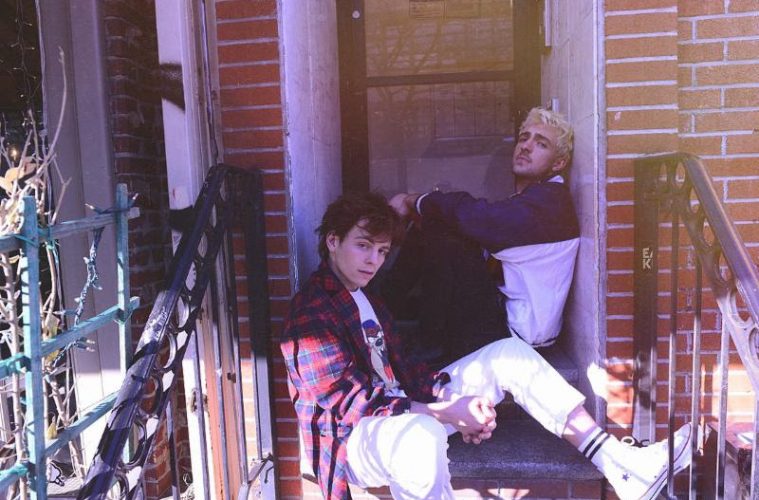 THE DRIVER ERA, the much-buzzed about music project from brothers Ross and Rocky Lynch, have released their brand new summer track ‘Afterglow‘. The track comes after the duo’s debut ‘Preacher Man’, which is currently sitting at #37 Billboard’s Alternative Songs chart.

“Most of my romantic moments come with cheap rum and late nights on the beach,” Rocky remarked on the inspiration for ‘Afterglow’. “This one specifically happened over New Years in Cabo.” “We’ve all had experiences of Afterglow,” stated Ross. “The experience is never long enough, so we re-live it in our head.”

About The Driver Era:
Like the band name, the music of The Driver Era captures a certain classic feeling while looking toward tomorrow. With the two brothers, Ross and Rocky Lynch, writing, performing, and producing most of the tracks, their stylistically unpredictable pop also conjures up every romantic association with heading out on the open road: limitless possibility, the thrill of escape, a refusal to stay in one place for any real length of time.

On their debut single “Preacher Man,” The Driver Era channel their restless creativity into what’s arguably one of pop music’s most epic themes: the existential crisis. With its raw rock-and-roll energy and gospel-like intensity, the track unfolds in stomping rhythms, heavy piano riffs, and soulful vocals that slip from free-form confession to feral howl. But despite the spiritual undertones, “Preacher Man” telegraphs a weary desperation and uneasy lack of faith (sample lyric: “My mouth is just too damn dry to utter out a prayer“).

“From the title you might think there’s some kind of religious connotation there, but if anything there’s more of an atheist quality to it,” says Ross.

With massive hooks and immaculate production, songs like “Preacher Man” show the tight musicianship that Ross and Rocky have honed over the years in their longtime band R5-a five-piece. It was during that band’s recent worldwide tour, the two began dreaming up a new project that would allow them to explore their more experimental tendencies.

“We had a bunch of songs we’d been gathering for a while,” says Rocky. Although they avoided restricting their vision to any specific sound or style, the duo did set some firm intentions for the new band: to create music without self-imposed limitations, and to always push for sonic innovation.

When asked about R5, they’ll say that this is not the end of that band but the beginning of something new. It’s been five years since their first major label release and they’ve evolved in so many ways, not only artistically but their perspective and world view has expanded as well. “We have completely different ideas and goals at this point in our lives,” says Ross. “We are, of course, evolving and it’s natural to move forward with a new sound and outlook,” adds Rocky.

From the beautifully warped dream-pop of “Afterglow” to the cheeky R&B swagger of “Flexible,” The Driver Era’s initial output finds the band both building off their instincts and purposely blurring genre. “Today everyone has access to so many different kinds of music, whether it’s country or punk or hip-hop or pop. I listen to a lot of trap, but I also listen to a lot of classical music,” says Ross. “The point is just to write the best song possible, and don’t worry about fitting into whatever category.”

In between polishing off the new songs-and getting a jump on making remixes for that material-The Driver Era have completed their first video with the gritty and cinematic cut for “Preacher Man.” Shot in a seedy motel and partly lit in the lurid glow of a neon crucifix, the video delivers a bit of bleary hedonism and showcases Ross’s acclaimed acting chops (he recently drew raves for his title role in the serial-killer biopic My Friend Dahmer). And when they’re not actively creating, the two are often out riding around, listening back to mixes and working out song ideas, constantly expanding what’s possible in The Driver Era.

“A while ago I was reading a book that talked about how if you and a person are able to connect deeply enough, you almost form a third consciousness,” says Ross. “I think Rocky and I have that on some level. I don’t think either of us has felt so creatively charged up in a long time, and it’s just a really cool feeling. The whole thing’s opened up our minds in this amazing way.“