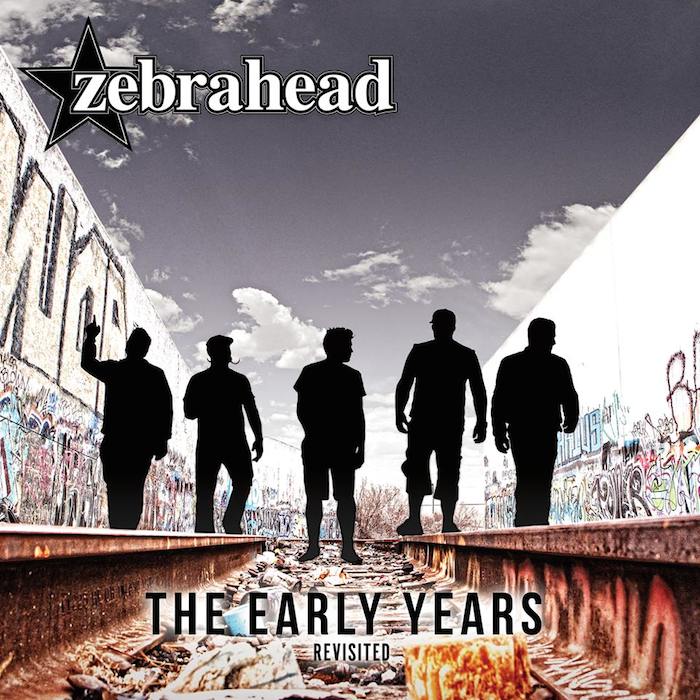 RYL: Your new album is titled “The Early Years, Revisited!”, among the songs included in it new songs and your best success after almost 20 years of career……. What it means for you?

ZEBRA HEAD: This is an exciting album for us because it spans songs throughout our entire career. We have been touring with Matty and Dan for several years now, and it’s great to have them actually play and sing their parts on “The Early Years, Revisited!”.

I think the fans will be stoked to hear how the re-recorded songs turned out.

RYL: Let’s talk about the song “Falling Apart”, what it means for you?

ZEBRA HEAD: The song, in general, is about being stuck in a poisonous relationship.

Everyone relates and connects to lyrics in a unique and personal way. That’s one of the best things about music.

ZEBRA HEAD: Not really. We write our lyrics based on experiences we are going through or have gone through in the past.

Some of these experiences are fun and some are more challenging. It just depends on what we are going through when we are in the process of  writing.

RYL:  Do you remember the day you wrote “Playmate of the year”?

ZEBRAHEAD: To be honest with you, I wasn’t very involved in writing the lyrics to that song. Our old singer wrote most of the lyrics to that one. I wrote my part, but to this day I feel lyrically that song is one of the hokiest songs we have written.

ZEBRAHEAD: Usually we have a guitar riff or bass line that we think is cool. After that, we come up with melodies and rhythms and create a song with all those pieces.

The lyrics almost always come last and often change up to the day we go to mix the album.

RYL: Which is your favorite punk rock song (lyrically speaking)?

ZEBRAHEAD: “Waiting Room” by Fugazi is my favorite punk song.

RYL: Which is the most important thing for you while doing music? And the best achievement of your career?

ZEBRAHEAD: The most important thing for me as a musician is to write and play music in a way that connects with people.

I think that’s part of the reason our live shows have so much energy. It’s not only the band that creates that.

The crowd has just as much to do with having a great show as the band. The best achievement for me is the fact that we have had the opportunity to do this for as long as we have. And, that we are still going.

ZEBRAHEAD: Yesterday I finished recording a song called “Worse Than This” that has not been mixed or published yet.

ZEBRAHEAD: Early October we leave for several shows in Japan. After that we head to the UK and Europe until near Christmas.

We will be constantly touring throughout the rest of this year and the upcoming year so check our Facebook page and come party with us when we are in a town near you!

RYL: What “devil on my shoulder” lyrics mean to you?

ZEBRA HEAD: I think it’s up to you to give meaning to the lyrics you hear in songs. It could be about the struggle between doing the easy thing or the right thing to you.

And it could be about eating tacos and drinking beer to me.

RYL: How does California inspires your music?

ZEBRA HEAD: Almost all the guys in the band grew up in Southern California. We saw a lot of great punk bands at local shows before they got record deals and were on the radio.

It was a really cool scene and to this day, we still pull inspiration from our hometown.