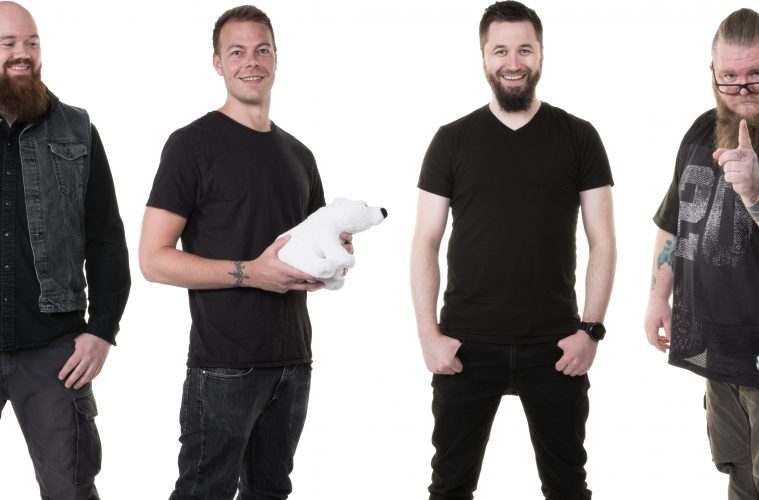 The Embers of Eternity – Interview with Aspherium

That you are able to get the ideas in your head across in the music. This can be really hard, but very rewarding when it works, and especially when it really connects with people.

Not really scared, it is more of a stylistic choice. I don’t really reveal much in our lyrics, since it is more based on metaphors and it is not that specific to my own life. It is up to interpretation, which I really love. I have often been disappointed when I learned the real meaning behind some lyrics.

I think I am the most happy with the song Until the Embers Fade from our latest album. I think it manages to convey the sadness that the music implies, and the two work together in a great way. And it means a lot to me.

What inspired “Echoes of a Lost World” part of your latest album/EP “The Embers of Eternity”?
The lyrics for this song is inspired by the fear, depression and anxiety that can hold you back in life. Your own mental health can be your worst enemy. And it is about the struggle to overcome that.

And “Beneath the Shattered Sky”?

This song is inspired by all the horrible things that are going on in our world today, and people refusing to see it. Denying what is happening and burying their heads in the sand to avoid facing it.

Do you remember the day you wrote “A Voice for the Silenced”?

Yes. I was really loving the instrumental demo, and lyric ideas started flowing. I wanted the song to basically being a source of strength for those who struggle to believe in themselves. Everyone has this immense amount of strength inside them, but many are unable to wield that strength.

Yes. It is a concept album about a future where humanity didn’t do enough to save the planet, so everything we are afraid could go wrong now basically went wrong, and the planet is pretty much an inhospitable wasteland. So the album is about what went wrong, how we refuse to take action, and how we have the power to make change if we really want to. It also deals a lot with depression and believing in yourself.

More live shows, music videos and writing songs for the next album!