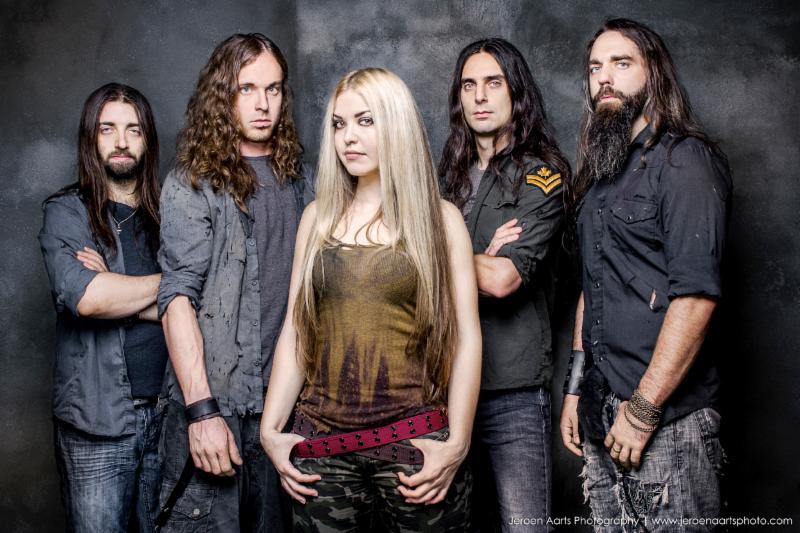 THE EYE OF PROVIDENCE – interview with Danny Marino -THE AGONIST

RYL: Your new single is titled “A gentle disease”…. why this title? What inspired its lyrics?

The Agonist (Danny Marino): A Gentle Disease started with the acoustic guitar track. When Vicky heard me playing it she was immediately inspired by the ever-changing mood and disturbing, conflicting emotions that it evoked.

The lyrics are based on duality. Imagine being thrown into a world turned upside down and opposite to everything you’re used to.

The Agonist: For the music, a guitar. For lyrics, a good old-fashioned pen and paper. And most importantly: Inspiration!

RYL: Is there a common meaning/theme between all the songs of the new album “the Eye of Providence”?

The Agonist: Many of the songs on Eye of Providence explore the effects of technology on humanity. This is most evident in songs like ‘Disconnect Me’, ‘My Witness, Your Victim’, and ‘Faceless Messenger’. There are also several songs that have more personal lyrics; “Architects Hallucinate’, ‘A Necessary Evil’, ‘The Perfect Embodiment’.

RYL:  Do you remember how the lyrics of “My Witness, Your Victim” have been written?

The Agonist: Yes, the lyrics for My Witness, Your Victim were written by me (Danny) and Vicky. I developed the concept based upon this main theme of technology’s effects on humanity. The original title for the song was going to be Eye of Providence actually!

The lyric appears in the song and we ultimately decided it worked best as an album title instead. This song explores how we willingly give away so much of our privacy and security for these technological advances.

Who is taking advantage or who? And we are only just scratching the surface. What does the future hold?

The Agonist: In the past these things were very separate. I would write the music and Alissa would write vocals on top.

Often she would have lyrics written and would then fit them to the music. But with Vicky things are very collaborative.

I still write the majority of the riffs and structures but I bring it to jam and we jam the song out, changing things as we go to make it the best it can be.

Vicky wrote the majority of the vocals/lyrics, but I wrote some, and Simon as well. We would brainstorm about the concept of the song beforehand, and bring our ideas together.

It was really refreshing and a lot of fun!

RYL: Tell us everything about “I endeavor”….

The Agonist: The music for I Endeavour was written by Paco. On each album there are a few songs where the music is written by another member of the band. (Architects Hallucinate was the other song on Eye of Providence in this category: it was written by Simon).

As soon as Vicky heard the music she was inspired.

She remembered by a poem she had written years earlier that also dealt with our technological theme.

The lyrics chronicle the life of a man unable to feel emotion, and the awakening and conflict that occurs when he is given that ability.

I can never just sit down and say “now I’m going to write a song”. Ideas come to me spontaneously (often late at night), and when inspiration hits I listen and grab my guitar. Just play what you enjoy and be genuine.

The Agonist: I have a few new songs and parts of songs written, but none have names or anything yet.

The Agonist: We’re currently on a headlining tour in Europe throughout March! We then have USA dates throughout April-May. Some are part of Allegaeon’s ‘Get Rekt’ Tour, and some are part of Revolver Magazine’s Tour with Flyleaf. And more tours to come!