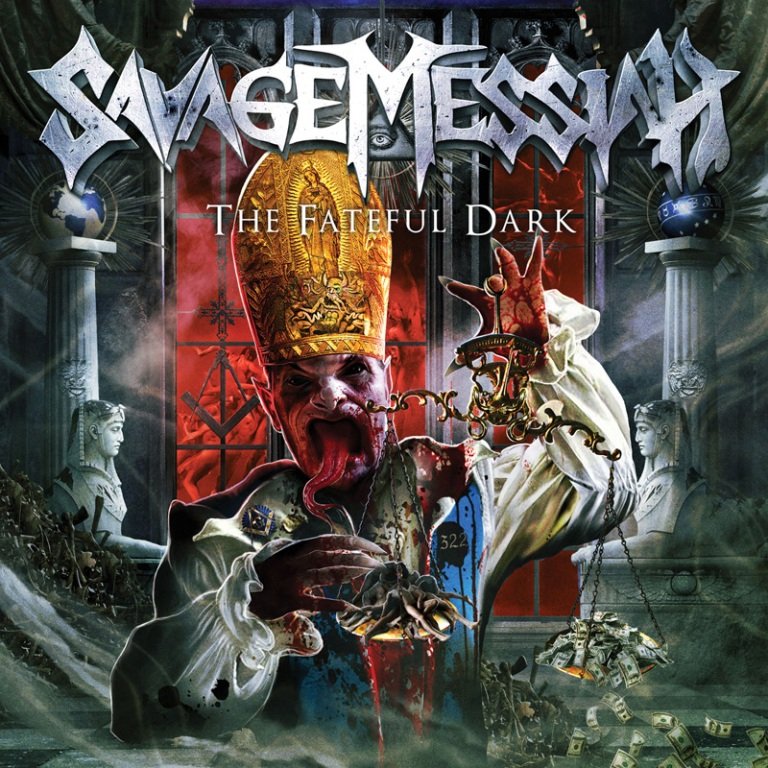 You will have to wait two more months in order to enjoy fully the Savage Messiah’s (http://www.savagemessiah.net)  new album…

RYL: Your third LP, ‘The Fateful Dark’, is set to be released in two months time….how are you preparing its launch?

Savage Messiah: Right now we’re doing a lot of press, so we’re in full-on interview mode! Which is always cool. We’re also working extremely hard in rehearsal in preparation for tours that we have booked, and tours that we’re working on. It’s a bit like being an athlete, the band has to stay in shape and keep our chops up, so there’s lots of hours being put into honing our performance.

RYL: Which is the song that, lyrically, is closest to you?

Savage Messiah: Probably the song “Mask of Anarchy” from our 2nd record, ‘Plague of Conscience’. The lyrics are heavily influenced by the Percy Shelley poem of the same name, which is a critique on Big Government that I really relate to. I also wrote most of the lyrics at the side of a lake in Italy, and then I later found out that Shelley himself had come to an untimely death by drowning in one of the Italian lakes, so that was quite strange.

RYL: Who is writing the lyrics of your songs? What inspires you?

Savage Messiah: I handle all of the lyrical duties in SM, not out of choice though. The other guys contribute a lot to the music, but they always leave the lyrics to me. I always look far and wide for inspiration. I read a lot and have a really broad taste from Medieval English literature like Chaucer, Langland, etc. to science fiction stuff like Frank Herbert.

I also just read a lot in general, from Austrian Economics to European soccer (football!), and there are always little quotes and things that I come across and think, I’ll make a note of that.

RYL: “Minority of One” is our favorite song, how did you write its verses?

Savage Messiah: Because that song came together in the studio, I really didn’t have a lot of time to over-cook the verses, so a lot of the scanning and stuff was mostly train-of-thought-type singing.

It turned out to be my favorite song from the record as well, and I like the kind of soaring thing I was able to do. The lyrics sort of fell together because I was thinking about what Gandhi meant when he came out with his famous “Minority of One” quote– I was thinking about liberty, freedom from tyranny and oppression, etc., and about being resolute in objective truth.

RYL: The new album is produced by Scott Atkins once again. What is the best advice that he gave you so far?

Savage Messiah: Scott has given us the gift of objectivity. Which is really helpful in going from the “unconsciously incompetent” stage to the more “consciously incompetent” stage of critical approval. It helps because you can take a step back and honestly ask yourself, “Is this really good enough?” Once you understand what you’re doing wrong, it makes getting it right a bit easier.

RYL: Let’s go back in time and talk about “All Seeing I”, released as part of the album ‘Plague of Conscience’. Does this song still have a special meaning for you?

Savage Messiah: I guess so. It was written about the breakup of a friendship with someone who’d been quite a close friend, and I was angry about the way that our friendship ended. I’m over the loss now, so I don’t really feel the anger that made me write those lyrics, but it was a cathartic way of getting those feelings out.

RYL: “Cross of Babylon” is the first single that your fans can listen to before the album’s release. What was their reaction?

Savage Messiah: The reaction’s been great! We were playing it live on our last tour, which was a support tour, and we had people who’d never heard of the band, never seen us, asking about that song, which was definitely unprecedented.

RYL: Tell us about the tour. Where will you be performing?

RYL: Who are the “killers of control” you are referring to in your song “Enemy Image” from the album ‘Insurrection Rising’?

Savage Messiah: Well that song was inspired by Carl Schmidt and his Neo-Con theory of binding a society through offering a common enemy, and that’s referred to as the enemy image.

This way of thinking is very dangerous because it leaves people susceptible to hardcore manipulation, and thus the ridiculous degree of propaganda offered up by the mainstream media in recent years. It’s no different a mindset than that which led to people being burned at the stake for witchcraft in the middle ages, and that’s a scary thought when you consider that we live in a world with nuclear capabilities.

The “killers of control” are the enlightened people that understand the propaganda and see through it, and destroy the myths and embrace liberty.

RYL: 2014 just started, what is your new year’s resolution?