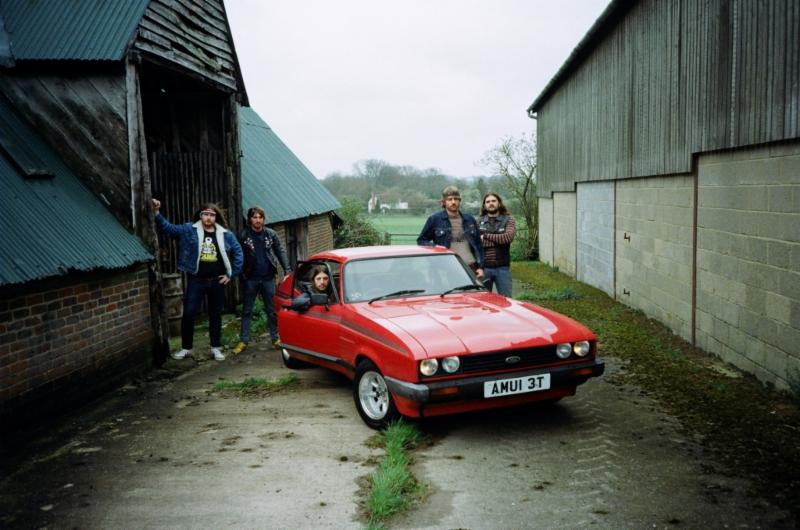 The First – Interview with AMULET

RYL: You just released “Mark Of Evil”. What inspired its lyrics?

AMULET (http://amuletmetal.bigcartel.com/): Mark of Evil was inspired by one of my favourite themes commonly found on all the greatest Heavy Metal albums…

That theme, listening to Heavy Metal! Nothing feels greater than turning it up, raging with your brothers and sisters and going wild to that wall of sound!

I may have also thrown in that when you listen to it enough you might invoke the power of the devil, and whether this makes you burn a church or just go mad in the front row, that is fine – the choice is yours!

RYL: Is there a common meaning between all the songs on the album?

AMULET: No common meaning exactly, maybe next time we’ll try and write a concept album, but certainly these songs share similar themes to some extent. Wizards and Witches, the battle of Good vs Evil, Livin’ free and easy – I write about things that interest me and always with a theme suited to the song’s atmosphere, that is very important.

I think the most directly influenced songs on this record are Glint of the Knife (my own take on the tale of Jack the Ripper) and Heathen Castle.

Heathen castle is a homage to our favourite fantasy fiction novels from the 70s, and in particular the “Wizard of Earthsea” trilogy by Ursula LeGuin, a lesser known but much revered magical masterpiece!

RYL: Do you remember how you wrote “Trip Forever”?

AMULET: This was the only track on the album where I didn’t draft the original lyrics. Bill Dozer came back from spending some time in the desert and was inspired by our latest pacey track, to him it conjoured the sound of one thing – Motorbiking!

He came to the next practise with a set of ideas for lyrics that were so apt they all made it onto the record. “Risking his life, peace pipe and a bottle, heavy metal thunder and a loud open throttle”, Right on Bill!

AMULET: Often I come up with vocal melodies and patterns during a rehearsal, and then take that away and form some basic set of lyrics. This will inevitably happen at around 3am as i am trying to go to sleep…

Possibly the inspiration for our song Nightmare? haha!

Anyway, I then take these lyrics to the band and we go through them together to make sure it all flows well and that they stay interesting, and that I don’t try and rhyme ‘masses’ with ‘masses’…

RYL: What is the best verse you ever wrote? Or the one that is the closest one to you…

AMULET: I was really happy with the song Sacrifice. I think it’s the most visual, I can really imagine the whole world that is going on in that song, so I’m really proud of those lyrics.

Listening to Mercyful Fate or Black Sabbath, you are instantly transported to their awesome worlds and you can loose yourself and be immersed in the story of their songs. I think i would always strive to write in that style!

RYL: What is your favorite song of all time?

AMULET: That is an insanely hard question, and it changes depending on my mood or the time of day. However one of my definite all time favourites is “Planet Caravan” by Black Sabbath.

It’s mystical and magical, the beautiful simplicity of the music and vocals always take me away to universes beyond our cosmos…

RYL: When and where will you go on tour?

AMULET: Here, There, Everywhere! We love to play, and travel and see new lands. If there is a stage that we can rage… We’ll be there!

RYL: Last question: tell us everything about “The Flight”.

AMULET: The Flight is the closing track on Side A of the LP. It is a musical interlude of sorts, played by Dave Sherwood on Drums. I think it captures everything that is Amulet whilst sounding completely different, “it’s heavy metal Jim, but not as we know it!”