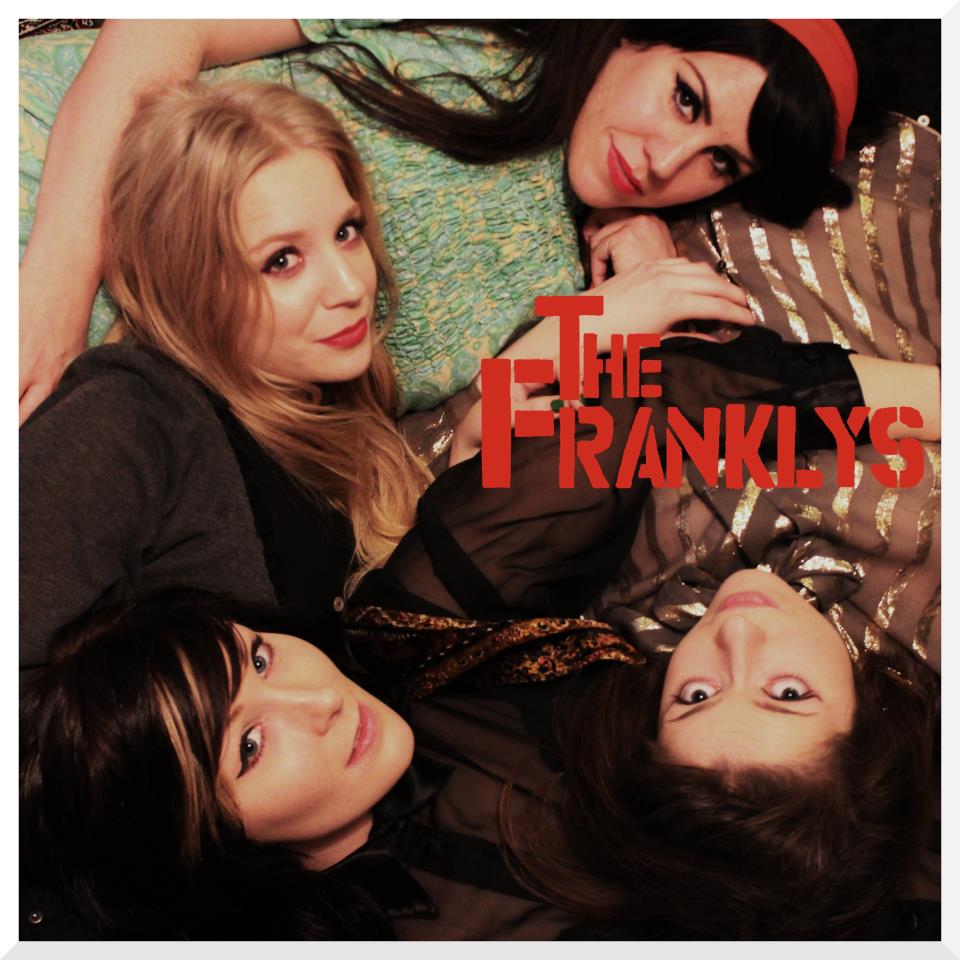 The Franklys, ready to rock! interview

From the moment we listened to their last EP, we were fascinated by the music and the world of The Franklys (https://www.facebook.com/thefranklys); their tour in USA is just ended and the girls are ready to create new music and fully energised for new live performances…..

RYL:  Tell us about its lyrics, what inspired you initially?

The Franklys (Jen) : When I write lyrics it’s usually about what’s going around in my head in that moment. My lyrics are about people I’ve met, things that have happened to me, other peoples stories that have affected me and general things I’m feeling and feel like I need to get out on paper.

RYL:  “Weasel” is our favorite song of the album, do you remember when you wrote it?

The Franklys (Jen) : I wrote it about my ex boyfriend who I was with for quite sometime. He was generally very special, and into the weirdest things which was one of the things I loved the most about him.

RYL: If you look around you,which band is closer to your style?

The Franklys: We are influenced by so many different genres that we’ve always found it hard to put ourselves into one particular one. We’ve heard from other people we’re close to Joan Jett and Siousioux Sioux in style, but we would say we sound more like Arctic Monkeys, Queens of The Stoneage. We see ourselves as rock rather than punk.

RYL:  The EP is just great , we want more songs! Are you preparing a full length album anytime soon?

The Franklys: It’s in the making!

RYL: Which is your biggest hope and biggest fear?

The Franklys: Our biggest hope is to be able to do what we do full time, to live for our love and passion to play and write music together. It would mean everything to us.

Our biggest fear is for the music industry to keep on dying. It’s a shame how far it’s gone already with labels not putting out music anymore because people simply don’t want to pay for it. It’s sad, because so many people who download music illegally don’t actually realise what they’re doing to the music industry.

RYL: Let’s go back to the songs, “My Love” was the most successful so far, why in your opinion?

The Franklys: It’s one of those songs that applies to so many different people with different taste. It’s a rock song, a heavy song, a love song and a ballad. It just has a lot of power and is very easy to like I think.

The Franklys (Jen): I always keep a notebook and a pen handy. I write at home, at practice, on the bus, in the park, wherever I get inspiriation from really. It’s kind of a release for me to write, I can usually let go of things that are bothering me and move on after letting it out on paper.

RYL:  You are all from different nationalities, how did you end up meeting?

The Franklys (Jen) : Fanny and I have known each other for almost 20 years and played music for about 8 years together. We met Zoe in London through an ad looking for a bass player and a few months later we met Nicole on a night out through a mutual friend. We started jamming together, and 2 years later here we are!

RYL:  London rock scene is just crazy, a lot of bands are all over the town; how difficult is to find “your space”?

The Franklys: London really is crazy when it comes to music. There are just so many bands, and so little room. If you’re a good band and you work hard you will pretty soon get recognised and stick out. It’s also all about playing the right kind of nights and getting on with the right people on the scene as well.

RYL: Last question : which band would you pick between The Doors, Stones, The Who and Pink Floyd? Why?

The Franklys: Definitely The Who! They’re just such a huge inspiration to us, and our drummer Nicole especially is obsessed with Keith Moon. Bands like that just don’t exist anymore.

Photography: Daniel Payne taken by the official page of The Franklys in Facebook