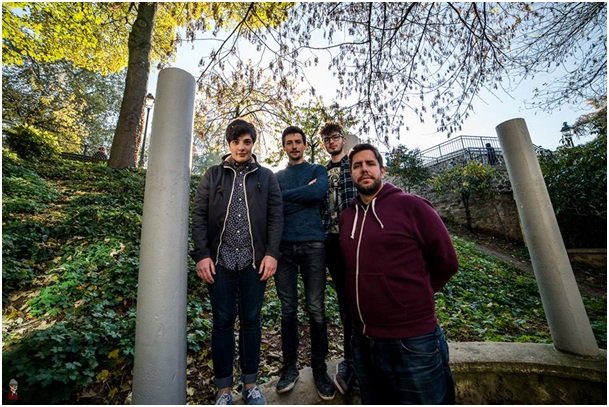 Atlas For Home is a Parisian alternative rock band, launched at the end of 2013 and influenced by bands like Blink-182, The Starting Line and Biffy Clyro. A quartet with Valentin Guerin on vocals and guitar, Marion Gualandi on bass, Paul Robin on guitar and Tom Raynal on drums, this one is part of the international pop-punk scene and the French alternative scene. On stage as well as in the studio, Atlas For Home is a compendium of good will and measured power, which they have been able to defend alongside groups such as Four Year Strong, Moose Blood and ROAM.

“Late Bloomer” is the band’s second EP, released on September 21, 2018 on Red Toad Music (Krod Records). 4 years after “More Than A Year“, this one is intended to be a more elaborate short format produced by Ilan Benitah (Betraying The Martyrs, Affidavit), revolving around the theme of identity questioning. From “Charming Call” (dealing with the discord between what is good and what is bad in love) to “The Talk” (a title around the importance of discussion in one’s well-being) and the “Stuck” walk (talking about the world that exists in each of us), Atlas For Home confirms his position, his desires and his empathy with the world around him, between distorted guitars, sincere singing and ambient energy.